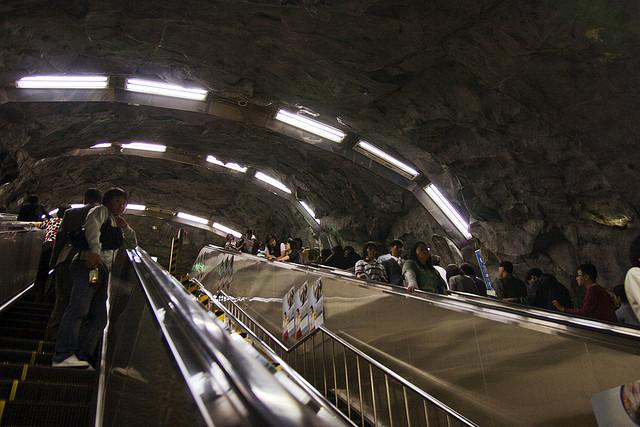 Korea’s capital city is the first one among any other cities in the world to implement such full-scale change of city subway line lightings. (image: roboppy/flickr)

SEOUL, May 30 (Korea Bizwire) – The Seoul City Government has completed replacing 430,000 lightings that are installed in platforms and aisles of 243 subway stations in lines No. 1 to 8, to high-efficiency and environment-friendly LED lightings. Over 90 percent of total city-run subway stations (302) have gone through the change.

The change in lightings is expected to save 45 gigawatts hour of electric power per year, which is 3.6 percent of total electric power consumed by subways annually (about 1,244 GWh). In money terms, it is equivalent to 5.6 billion won per year.

Korea’s capital city is the first one among any other cities in the world to implement such full-scale change of city subway line lightings. This is also conducted as part of “one less nuclear plant” project–an energy saving policy that aims to save the amount of power produced by a single nuclear reactor by expanding green energy sources and conserving electric power.

The light replacement business has just been completed the stages one and two of the whole project, which will be resumed in the latter half of this year. The project will include switching 2.2 million conventional lighting devices in the subways’ interior, railroad depots and station offices to LED lightings.

What made such a comprehensive and decisive energy saving project to be smooth running was that the city hall could be exempted from the initial cost burden thanks to the spick-and-span financing model that they implemented.

The new model consists of the state-run Korea Finance Corporation initially covers the cost in lighting changes, and the city government pays back through years, with the money saved from the energy conservation.

Such ways to fund city business of changing public lightings is expected to be seen more, as local governments in other parts of Korea is benchmarking the capital city’s experience.

An official in the city government’s environment policy department said, “Seoul will stand tall in global society as a pioneering LED city when stage 2 of the project is completed. We look further to change not just the lightings in subways but also public lightings to LED lights as well, for which we hope to see more of the same to be conducted in the private sector.”