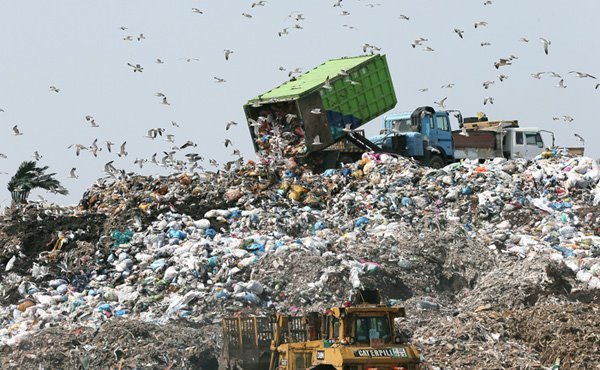 Most respondents agreed on the need for waste management or sewage treatment facilities, but they wanted them to be situated far from the neighborhood in which they reside. (Image courtesy of Yonhap)

SEOUL, July 10 (Korea Bizwire) — The most unpleasant facilities for Seoulites are solid waste management sites such as landfills and incinerators. Seoul citizens are absolutely against waste management facilities in their neighborhood, according to a survey conducted by Seoul Metropolitan Government.

The survey, titled ‘Research on Seoul Citizens’ Perception on the Least Favorable Facilities’, shows the most disagreeable targets were landfills (66.3 percent), followed by garbage incineration plants (57.9 percent) and prisons (45.9 percent).

The respondents could select the level of objectionability for any unpleasant facility and they displayed the spirit of ‘no concession at all’ for wasted management facilities, a testament to the entrenched Not-In-My-Backyard (NIMBY) syndrome in Korean society.

On the contrary, more than half of the respondents said they would prefer the construction of social welfare facilities — largely needed for the underprivileged — such as public housing for young adults and welfare facilities for the elderly or the disabled.

Most respondents agreed on the need for waste management or sewage treatment facilities, but they wanted them to be situated far from the neighborhood in which they reside.

Respondents casted some doubt on the need for the construction of cinerariums or funeral homes in a show of the public’s great repulsion to places related to death.

The most important consideration in determining the location of objectionable facilities was “collecting residents’ opinion” (45.8 percent), followed by “public hearings” (36.2 percent).

The vast majority of the respondents (82.1 percent) said there would be economic incentives offered to residents of neighborhoods accommodating the least favorable facilities. The most popular incentives turned out to be financial benefits to individual residents including utility bill deductions.