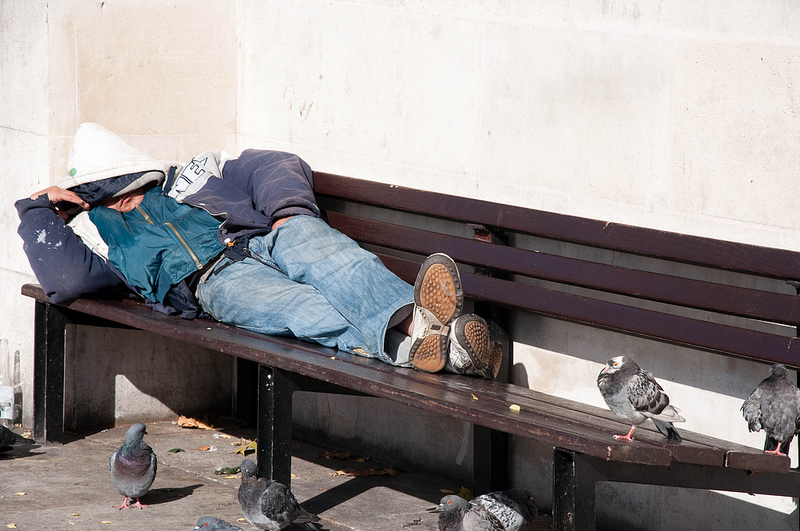 Among those who received Seoul’s rent support, almost 80 percent of the homeless people are still residing in the same places and trying to get back on their own feet. (image: Camila Carvalho Potografa/flickr)

SEOUL, Korea, Mar 24 (Korea Bizwire) — For the homeless who are willing to get back on their own feet, securing rent expense proved one of the most imminent challenges to realize their goals, according to the tentative results of a program operated by Seoul City Government.

On March 23, the city government announced it has lent support to 527 homeless people within its jurisdiction for one year since April last year by paying for monthly rent for up to six months.

Of these, almost 80 percent of them are still residing in the same places  — not falling into the destitution again – trying to be on their own feet, making the number of the homeless people goofing around in the streets of Seoul a bit reduced; quite a feat for the government given that not a big fortune has been spent on this project.

The so-called “short-term rent subsidy program” has been instituted since 2012 by the city government to help out the homeless or those at risk of becoming the homeless by paying them 250,000 to 270,000 won a month for up to six months as a way to provide temporary shelters.

Originally the program was limited to providing rent money to 350 people, but soon the number was increased to 572. Of these, 445 are maintaining the current residence and 136 succeeded in landing a job. Other 158 were given a monthly stipend by the national government.

The program, it was said, was instrumental in reducing the number of the homeless during the cold winter season. Of the subsidy recipients, 58 percent lived on the street while the remaining 42 percent were moving in and out of low-cost lodgings.

In addition to the housing support, the city government regularly provided daily necessities including food and clothing as well as medical services, all the while helping them get a job with public agencies and learn job skills. The government will continue the program this year at the same scale of 350 homeless subsidy recipients.