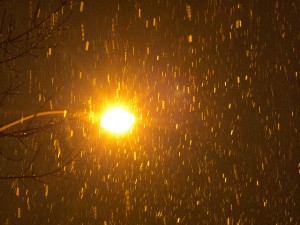 SEOUL, Korea, Jan 15 (Korea Bizwire) - The Seoul Metropolitan City Government has replaced 100-watt sodium-vapor street lamps in 81 locations within the jurisdiction last year with 50-watt LED lights. The total number of light bulbs the city government changed was 6,382. A survey after the installation revealed that all 30 locations under investigation saw marked improvements in brightness by up to three times while the amount of light coming into windows of nearby homes reduced by a large margin.

The amount of electric power saved from the replacement is estimated to be equivalent to that consumed by 433 families of four in a year. The light bulb replacement program has been funded by the Ministry of Environment to improve the quality of life for residents from street lights.

The conventional sodium-vapor lamp is low in energy efficiency with a small amount of light reaching the street floor, all the while disrupting the resident’s sleep by emitting light through the windows. After the installation, the brightness of the light coming in through the windows was measured to be below 10 lux while that of the street floor was in excess of 20 lux, about seven times brighter than before, thereby contributing to prevention of nighttime crime and traffic accidents.