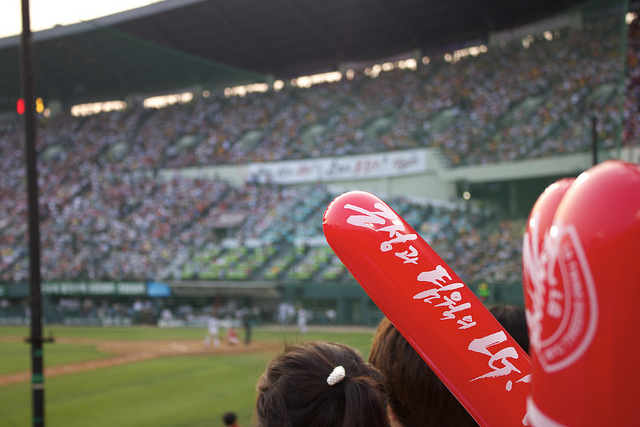 The first game to be held as part of the program will be the match between the LG Twins and the NC Dinos at the Jamshil Baseball Stadium on June 24.(image:seafaringwoman/flickr)

SEOUL, June 9 (Korea Bizwire) – The Seoul City Government will provide opportunities for the “culturally deprived,” including low-income families, senior citizens, and the handicapped, by inviting them to sporting games such as baseball (during the months of June and September), soccer (July), and basketball (October and November). The number of people to benefit from the program will be 2,000 a year.

The city government will also offer 200 invitees to meet the athletes and have first-hand experience in riding, shooting, and cycling in national venues. They will be given rare chances of visiting the dugout and locker rooms.

The city government and the Seoul Foundation for Arts and Culture said on June 4 that they would kick-start the “Play with Seoul” program in which a total of 2,200 Seoul citizens would be given free admission to major sporting events and experience sessions. The first game to be held as part of the program will be the match between the LG Twins and the NC Dinos at the Jamshil Baseball Stadium on June 24. The city is currently receiving 500 applications for free admissions.

Anyone who is interested may apply for the program by 6 pm on June 11 with district offices or local dong-level offices. For details, call 02-3290-7149 at the culture sharing department with the Seoul Foundation for Arts and Culture or the Naver Cafe page (http://cafe.naver.com/shareculture).