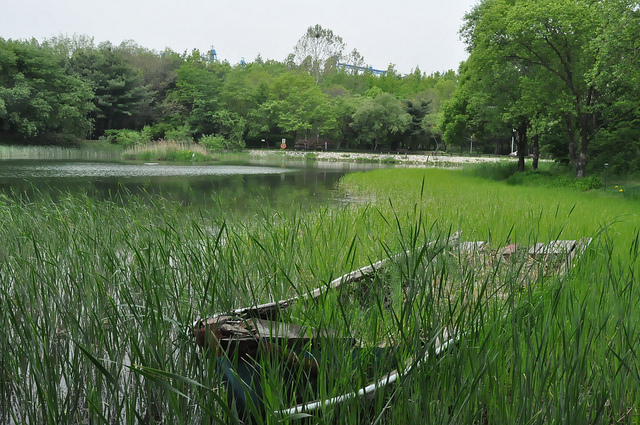 The event was highly acclaimed as giving motivations to children to be interested in the nature and the environment while raising awareness on bio-diversity conservation. (image: srasteria/flickr)

The Seoul Metropolitan City Government, in partnership with the Korea Forest Service and Korea National Arboretum, held a 24-hour “BioBlitz” from 2 pm on June 14 (Saturday) to 2 pm the next day in Seoul Forest in eastern Seoul, with the nation’s best scientists as well as families, students, and teachers on the lookout for as-yet-undiscovered life forms.

Started in 1996 in national parks in the United States, Australia, Canada, and Britain, BioBlitz is a 24-hour event in which teams of volunteers work together to find and identify as many species of plants, animals, microbes, fungi, and other organisms as possible.

The event was highly acclaimed as giving motivations to children to be interested in the nature and the environment while raising awareness on bio-diversity conservation.

Until now most BioBlitz events were held in National Arboretum candidate sites and recreational forests outside Seoul. This year the organizers decided to hold the event within the city in order to commemorate the 12th meeting of the Conference of the Parties to the Convention on Biological Diversity in Pyeongchang (October 6-17, 2014).

This year’s event included programs such as walk with experts and discussions about sustaining bio-diversity in which anyone interested in the topic can participate. Seoul Forest was created in a 115-hectare site in the former Ttukseom Resort along the Han River, which includes the cultural park, the ecological forest, the nature experience center, and the wetland ecological center.