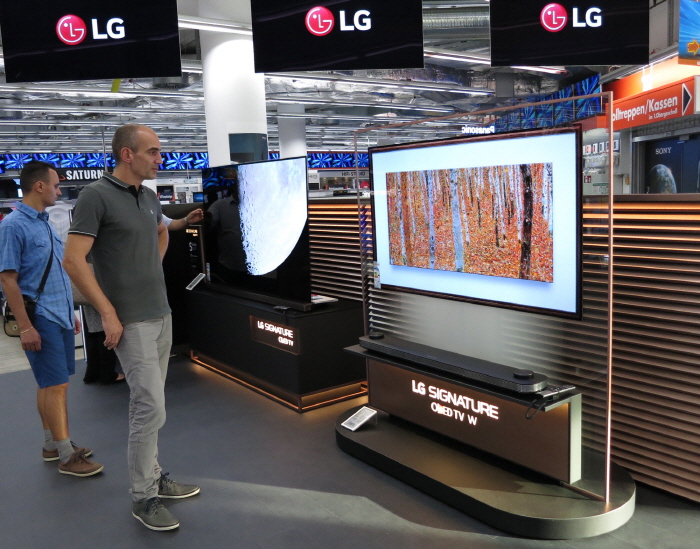 In an extravagant showcase event in New York, global tech behemoth Samsung unveiled 16 models of its latest QLED TVs, which range from 49-inch to 88-inch editions.

Starting with the United States on March 18, the premium TVs will hit markets in major economies. Their release on the company’s home turf is slated for mid-April.

With the launch of the new products, Samsung is poised to cement its status as top player in the global TV market for the 13th straight year in 2018.

“As the industry leader, Samsung will distance itself from competition with other companies and offer a new direction for the TV sector,” a company official said. “Samsung will create a new concept of TVs by utilizing QLED and micro-LED technologies.”

Samsung has been ramping up efforts to promote QLED TVs based on the LCD technology, as its premium models. In contrast, LG that has opted for organic light-emitting diode (OLED) standards. The two archrivals claim their respective TVs boast better definition.

The consumer electronics giant plans to release 10 new OLED TVs in South Korea this year, with the price being approximately 20 percent lower than a year earlier.

Ahead of the domestic showcase, LG held a series of road shows in Berlin and three other German cities to publicize its latest OLED TVs. Starting from mid-March, the company plans to hold OLED tech seminars in Los Angeles and Madrid.

Judging that OLED TVs are recently outselling QLED TVs in the global high-end market, LG reportedly plans to focus on publicizing its competitive edge in definition in a bid to close the gap with Samsung in market share.