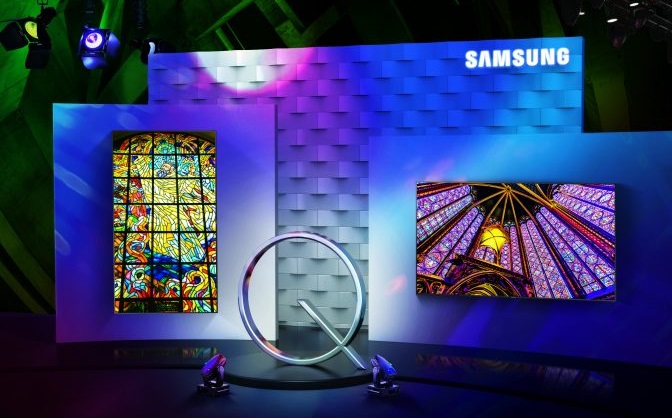 The statement follows a YouTube video posted by the South Korean giant earlier, which also criticized LG Electronics’ OLED displays. Samsung and LG have been promoting QLED and OLED as their next-generation TV technologies, respectively.

The South Korean tech giant said OLED displays are only suitable for devices with shorter life expectancies, such as smartphones, due to the so-called screen burn-in, or image retention, saying the case is different for TVs and monitors, which are normally used for longer periods.

“The reason OLED TVs have image retentions is because they are made of organic materials,” Samsung said, comparing the OLED TVs with fruit juice that oxidizes as time passes.

“TVs are a key home appliance that are used for a long period after purchase,” Samsung said, claiming durability is crucial for TVs as they are expected to play a key role at home amid the development of the Internet of Things technology.

The QLED TVs make use of so-called quantum-dot technology, which are semiconductor nanocrystals that Samsung says improve display brightness, contrast and power efficiency. The feature is different than the OLED TVs promoted by LG Electronics, which still require backlighting.

An official from Samsung Electronics, meanwhile, said its campaign to compare OLED and QLED TVs is only intended to provide consumers with accurate information, and it is not intended to defame a certain rival.

LG Electronics has not made a direct response to Samsung’s marketing campaign but said its OLED TVs topped consumers’ reviews in 11 countries around the globe, proving their competitiveness.