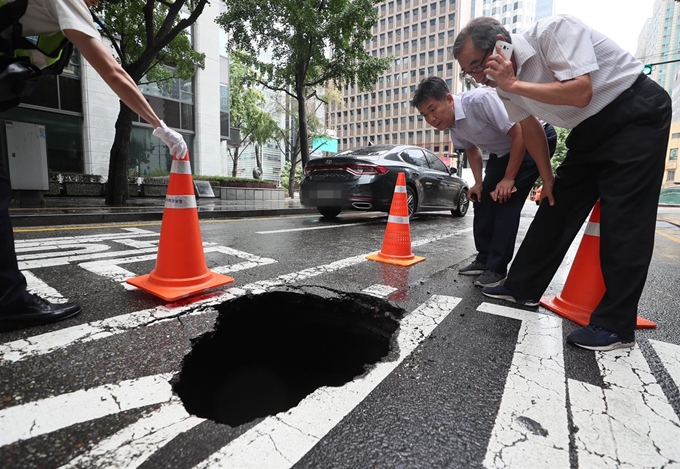 Officials inspect a sinkhole on a road in Seoul’s Jung Ward on Aug. 1, 2019, after a torrential rain hit the city the previous day. (Yonhap)

The program was developed jointly by Seoul’s city government and Sejong University, and was introduced in the field last March.

Previously, data collected by ground penetrating radars had to be analyzed manually, taking five days to analyze a 10-kilometer parcel of land.

The new program can now perform the same task in just a single day via AI-based automatic analysis.

The program boasts a precision rate of 80 percent, which is similar to manual analysis. The city plans to raise precision to more than 90 percent.

“Once the analysis speeds up, so will safety measures,” said Kim Hak-jin, deputy mayor for Safety Management at Seoul Metropolitan Government.