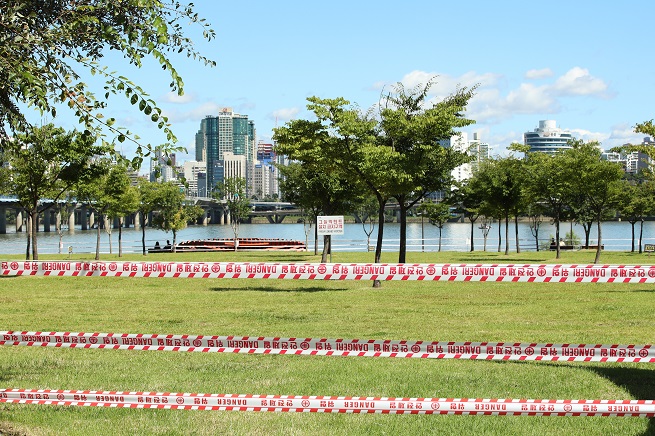 SEOUL, Sept. 14 (Korea Bizwire) — The Seoul city government on Monday announced a plan to extend a ban on rallies of 10 or more people to next month despite eased social distancing guidelines that went into effect Monday.

Under the plan, all rallies of 10 or more participants will be banned across the capital until midnight on Oct. 11.

The restriction was initially scheduled to be lifted earlier in the day, in line with the government’s decision to ease the social distancing guidelines from Level 2.5 to 2.

South Korea eased enhanced antivirus curbs that had been in place in the capital area Monday.

For the next two weeks, eateries are permitted to operate normally as long as they strictly follow certain measures, such as keeping entry logs and abiding by sanitary rules.

Cram schools with fewer than 300 students and indoor fitness and golf facilities are also allowed to operate. Internet cafes were also permitted to reopen as long as they ban the entry of minors, do not serve food, and keep customers apart from one another.

Buses in Seoul that have been running on reduced schedules after 9 p.m. were set to return to normal, while restrictions on parking lots, stores and cafes  at parks alongside the Han River will also be lifted.

The government, however, said it will set the two weeks starting Sept. 28 as a special period for strong nationwide antivirus efforts since early October is expected to be “the biggest challenge” to curbing COVID-19 cases in the second half of the year. 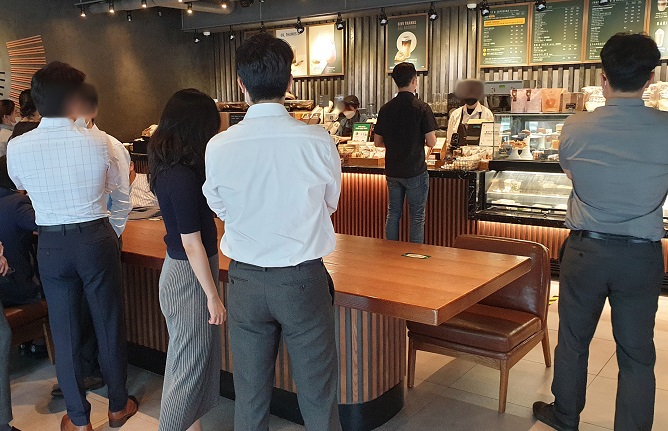 Visitors at a Starbucks branch in Yeouido, in western Seoul, wait for their coffees on Sept. 14, 2020. (Yonhap)

The city’s decision to extend the ban on rallies — a measure that is equivalent to Level 3 of the government’s three-tier social distancing guidelines — to midnight on Oct. 11 is in line with the designation of the special period.

The ban on rallies was first imposed on Aug. 21 after mass anti-government rallies held in mid-August in central Seoul were held accountable for hundreds of infections and chain transmissions across the country.

A total of 579 people had tested positive in relation to the mass rallies until Sunday, according to the Korea Disease Control and Prevention Agency (KCDA).

The patients include eight police officers who were dispatched to manage the rally site, as well as 313 who were infected through chain transmissions.

More than 100 applications for rallies have been submitted to the police for the period between Sept. 28 and Oct. 11, which includes public holidays, with up to 400,000 expected to take part, according to the city.

In a press conference held Monday, the city’s acting Mayor Seo Jeong-hyup said the city government has sent letters on restricting the rallies to relevant organizations, vowing that the city will closely cooperate with the police to take “all possible measures” so that the “restriction on rallies can reap valid results.”

“Our daily life is now on a tougher test bed, as each individual’s ‘voluntary efforts to contain the virus’ will have to replace the vacuum caused by an easing of ‘mandatory (rules),’ to protect the lives and safety of ourselves, families and the community.”

As of midnight, 41 Seoul residents additionally tested positive for the new coronavirus, raising the city’s total caseload to 4,311, according to the KCDA. The country’s COVID-19 caseload stands at 19,271.