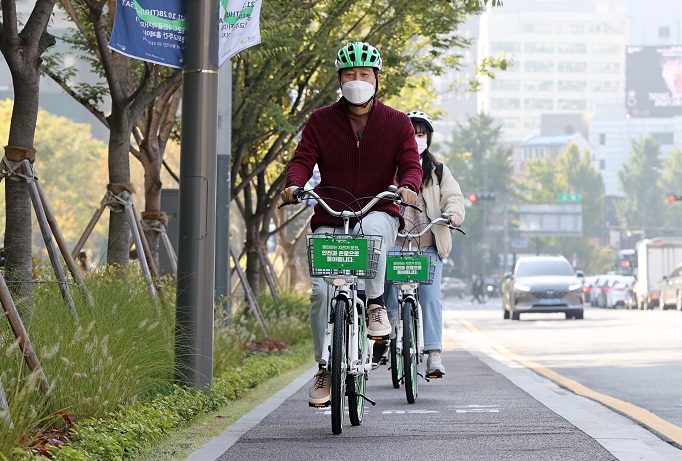 SEOUL, Oct. 25 (Korea Bizwire) — The Seoul Metropolitan Government has decided to introduce 3,000 additional public bicycles, dubbed Ttaereungyi in Korean, by the end of this year, and another 3,000 next year.

Seoul mayor Oh Sae-hoon visited a local Ttaereungyi rental stand near City Hall on Friday to announce the said plans and collect feedback from the public.

Ttareunggi had 3.25 million members as of September. The usage rate of the public bicycle service between January and September of this year jumped by 36.4 percent compared to last year.

Previously, Seoul faced public complaints after a parliamentary investigation revealed that the city had not allocated any funding to purchase new public bikes next year.

The city responded that it has been running a big data-based public bike reallocation program since July and that additional bicycles will be introduced based on the results of the program.