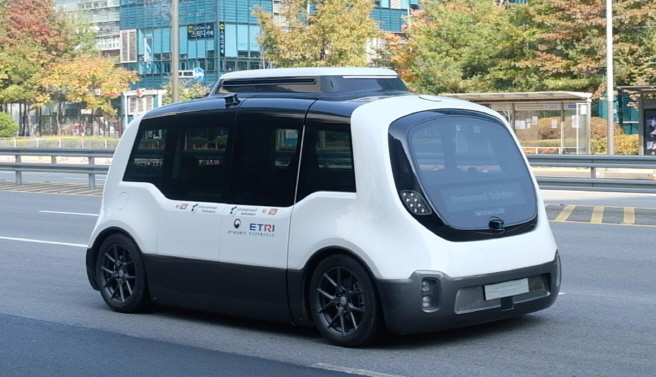 SEOUL, May 12 (Korea Bizwire) — The Seoul metropolitan government said Tuesday it plans to operate 10 unmanned vehicles and robots in the city’s western region, as the capital of one of the world’s most wired nations beefs up its smart mobility infrastructure.

The city said it will begin operating three minibuses, four sedans and three item delivery robots in the streets of Seoul’s Sangam neighborhood.

The vehicles will travel along general traffic in an uncontrolled environment. The program will be limited to the Sangam neighborhood.

The joint project between the city and telecom, robotics and auto-tech companies, including LG Uplus, Unmanned Solution, Control Works, and Yonsei University, has been on a smaller trial run in Sangam since September last year.

The vehicles and robots are equipped with high-tech sensors and 5G antennas, which can detect traffic signal information every 0.1 second, to prevent traffic accidents.

The self-driving minibuses will run along a 3.3-kilometer route starting from Digital Media City Station for six days a week.

Starting June 8, the buses will be open to the public for free through applications via the website http://topis.seoul.go.kr.

The city also plans to later receive trial applications from the public for self-parking and delivery robots.