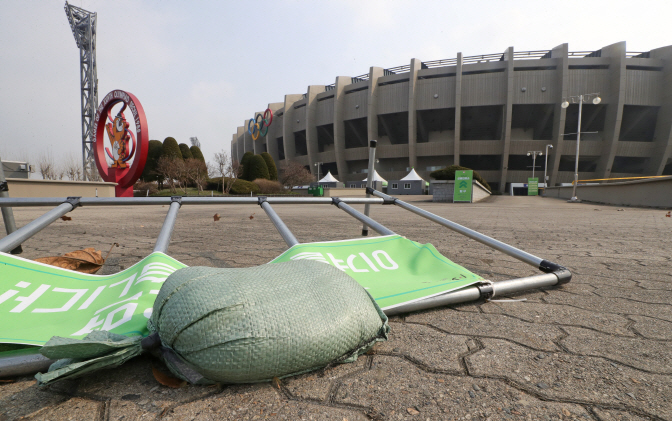 A fence is seen outside Seoul Sports Complex in eastern Seoul, where a drive-thru screening center has been set up, in this photo taken March 19, 2020. (Yonhap)

SEOUL, April 2 (Korea Bizwire) — Seoul city plans to test all international arrivals to the capital for the new coronavirus, Seoul’s mayor said Thursday, as the city fights to contain the outbreak that is worsening due to imported cases.

To screen the large inflow of arrivals, the city will set up a walk-through screening center at a sports complex in eastern Seoul where the country hosted the Summer Olympics in 1988 and the 1986 Asian Games, according to Mayor Park Won-soon.

“Starting tomorrow, (the city) will set up and run a massive screening center at Seoul Sports Complex for overseas entrants,” Park told reporters in a press briefing. “The testing capacity is expected to reach 1,000 people daily on average.”

Currently, a drive-thru screening center is being operated near the west gate of the sports complex.

The city will run shuttle buses connecting Incheon International Airport, the country’s main airport west of Seoul, to the capital to prevent potential transmission, he added.

“This is to (help) people get screened upon their arrival. Once they return home, it’s both inconvenient and risky for people to come out again for the tests,” the mayor said. 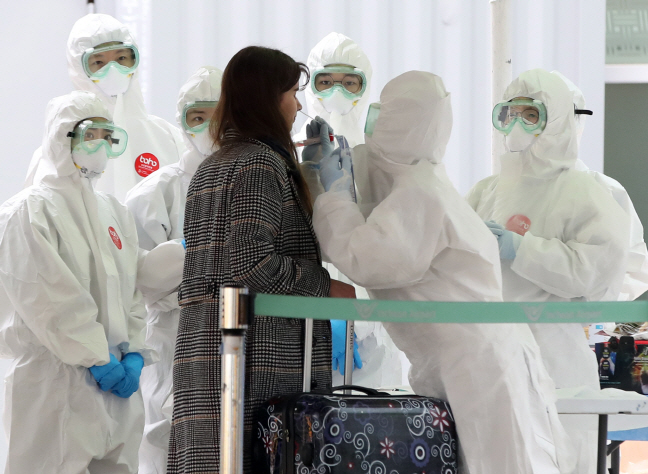 A woman, assumed to be an overseas entrant, is screened by health authorities at an open walk-through screening center at Incheon International Airport, west of Seoul, on March 26, 2020. (Yonhap)

Concerns over imported cases have been growing. On Thursday, 18 of the 20 new infections reported in the capital were imported cases.

The trend is expected to continue for the time being, with around 1,600 people based in Seoul returning on international flights each day.

Prime Minister Chung Sye-kyun earlier said that 70 percent of international entrants are based in the capital area.

South Korea has so far reported 9,976 cases of the new coronavirus, including 601 imported cases, according to the Korea Centers for Disease Control and Prevention.

Around half of the imported cases were people who traveled from Europe, while 90 percent of the patients were Korean nationals.