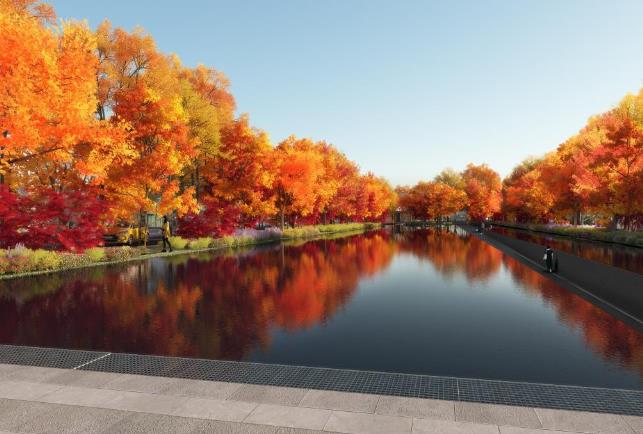 A pond in the envisioned highway-turned-park after completion. (image: Seoul Metropolitan Government)

SEOUL, Jan. 11 (Korea Bizwire) — In another attempt to emulate New York’s landmark High Line, the Seoul city government unveiled a plan to build a gigantic linear park on the site of the country’s oldest highway, which will be turned into an underground roadway.

The Seoul Metropolitan Government said it plans to spend 57.3 billion won (US$49.3 million) for the oblong-shaped park stretching 7.6 kilometers and measuring 40 to 55 meters in width.

The narrow shape of the park will be due to the former highway structure.

The envisioned park, set to completely open in 2024, boasts an area of 110,000 square meters, roughly eight times larger than Gwanghwamun Plaza in central Seoul, according to the city government.

The 7.6 km-stretch, connecting Sinwol interchange and a junction near the National Assembly in western Seoul, is part of the Gyeongin Expressway, the country’s first highway that opened in 1968.

The highway connecting Seoul and the surrounding Incheon and Gyeonggi areas was once seen as an important artery for transporting goods during the country’s rapid economic development. 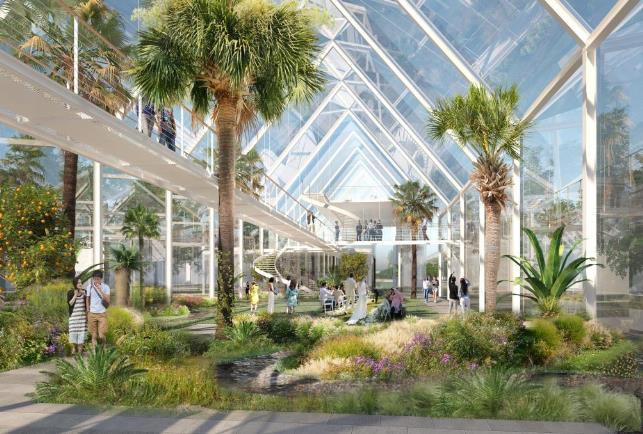 An indoor garden in the envisioned highway-turned-park after completion. (image: Seoul Metropolitan Government)

Critics, however, have recently accused the old highway of causing traffic congestion and worsening air pollution with up to 190,000 vehicles passing through the roadway daily.

The highway-turned-park is the latest in the city’s urban redevelopment projects of turning dilapidated roads into parks. For this project, the city plans to take the highway underground and build a park above it.

“The city has transformed industrial areas into venues for the public … we plan to make the park into Seoul’s new green belt,” a city official said.

The masterplan for the park was selected through an international competition. The winning bid is based on the theme “creating a new future with memories and traces of the past,” according to the city.