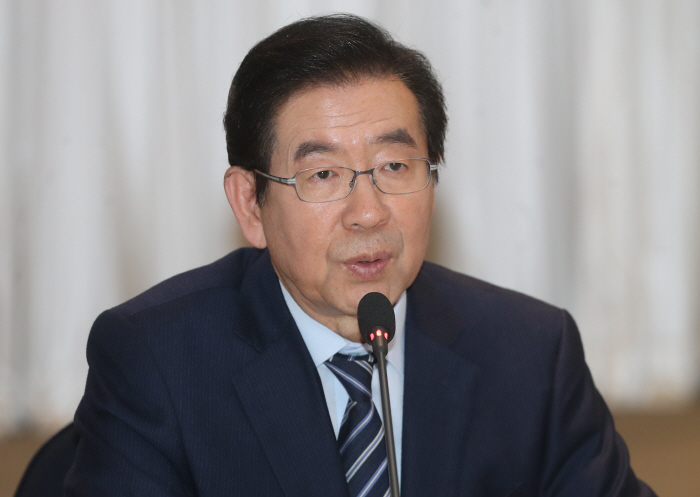 The Seoul Metropolitan Government will create six industrial clusters in the city to accommodate foreign enterprises, Park said in an address at a special luncheon meeting of the American Chamber of Commerce in Korea, or AMCHAM.

The mayor said he will discuss with the Ministry of Trade, Industry and Energy with regard to offering cash to foreign investors.

Park said he will also strive to ease visa conditions and provide public housing for excellent foreign talent as part of the package of support measures.

He noted his government will advertise the support package for foreign investors in major global media, including the New York Times.

In a question and answer session, executives of AMCHAM member companies expressed concern about Seoul’s fine dust air pollution problem and Park said his government is doing its best to resolve the problem that affects not only Seoul but the entire nation.

After hearing that many AMCHAM members supported the 2018 PyeongChang Winter Olympics, Park asked for the chamber’s continued support for a joint bid of Seoul and Pyongyang for the 2032 Summer Olympics.

Park was asked if he will again run for elected office after his term as Seoul’s mayor, but didn’t give a direct answer. Park was elected to his third term as mayor in local elections last June. In South Korea, the term for local government heads is four years, and they can be reelected up to three terms.