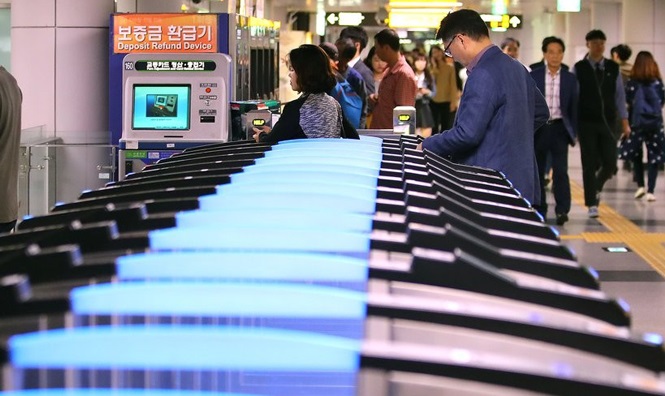 The city plans to begin the crackdown in September. (Yonhap)

The city will create a model that learns the patterns of subway fare evaders who abuse special transportation cards normally issued for those older than 65 years of age.

In Seoul, subway is completely free for elderly.

The city collected one month of data on the usage patterns of these senior transportation cards, which showed that more than 1.8 million passengers used the cards over 38.5 million times.

The city then compared these results with separate data of passengers who used the cards along the commuting patterns of an ordinary office worker, which was deemed the least likely pattern for seniors over 65 years old to follow, since they are known to spend time outdoors for an average of five hours at the most.

The city will use these models to locate the serial number of cards used by suspected subway fare evaders as well as subway stations with the best chance of catching them on-site, and notify subway operators every month.

The SMG plans to begin the crackdown in September.