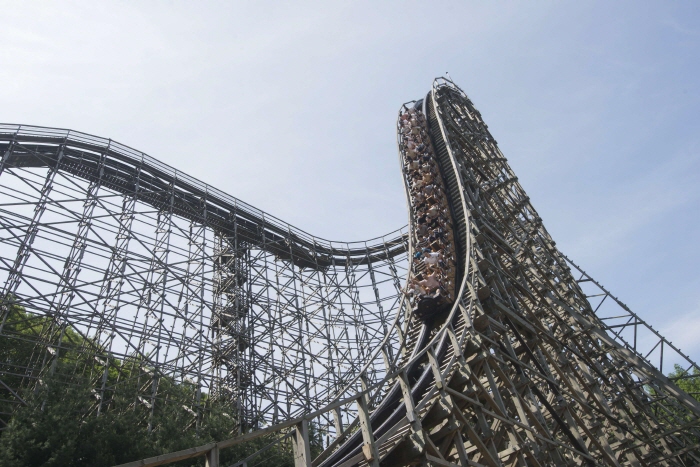 An individual referred to only as Kim and two other people with visual impairment were stopped when trying to ride the T Express, a roller coaster in Everland, in May 2015. (image: Everland)

SEOUL, Oct. 12 (Korea Bizwire) — After more than three years of deliberation, a South Korean court has ruled that it is an act of discrimination for Everland, a major South Korean amusement park, to restrict visually impaired people’s access to roller coasters.

The Seoul Central District Court delivered a verdict in a case filed by three people with visual impairment against Samsung C&T Corp., owner of Everland, ordering the company on Thursday to “pay 6,000,000 won to the plaintiffs for consolation,” and requiring that Everland correct its guidelines that restrict blind people’s access to certain rides.

“The accused party’s claim that blind people accessing the rides can increase the chance of accident is merely speculation,” the court said, adding that “restricting the plaintiffs’ access to the rides is based on no reasonable grounds and, therefore, it is an act of discrimination against persons with disabilities.”

DDASK said that the case would serve as “legal precedent that will provide new standards to prevent discrimination based on safety,” adding that “it is every man’s right to choose his own risks, risks that are not restricted to people without disabilities.”

An individual referred to only as Kim and two other people with visual impairment were stopped when trying to ride the T Express, a roller coaster in Everland, in May 2015.

A damages suit against Samsung C&T was filed on behalf of the three visually impaired individuals in question soon after.