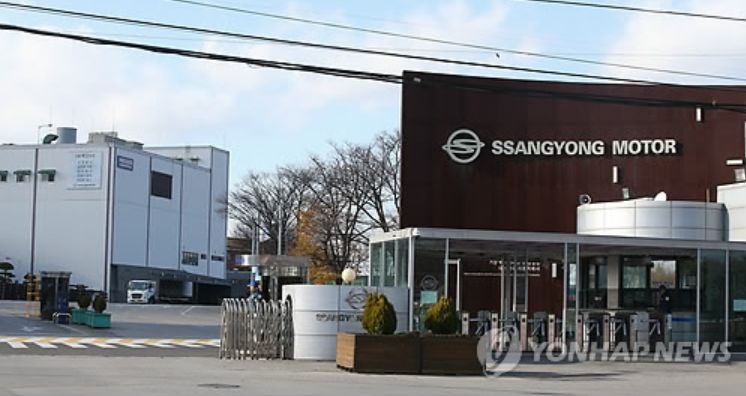 The Seoul High Court ordered 139 unionized workers who were fired from the company in 2009 to pay a total of 3.3 billion won (US$2.8 million) for holding unauthorized strikes from May to August in 2009. (image courtesy of Yonhap)

The Seoul High Court ordered 139 unionized workers who were fired from the company in 2009 to pay a total of 3.3 billion won (US$2.8 million) for holding unauthorized strikes from May to August in 2009.

The strikes took place after Ssangyong Motor cut over 2,000 jobs through a voluntary retirement program when it was put under court receivership in the aftermath of the 2009 global financial crisis. About 180 workers were also fired, many of whom filed a lawsuit against the automaker, demanding they be reinstated.

A lower court, however, did not recognize the legitimacy of the strikes and ordered the union to take responsibility for 60 percent of the loss incurred by them, estimated to be 5.5 billion won.

“Considering a series of conservative rulings recently made by the country’s judiciary, we are skeptical that an appeal would make the situation any better,” Kim said.

Ssangyong said it will first analyze the ruling before taking any further action.

The company’s current labor union does not have any direct relation to the issue.

The automaker based in Pyeongtaek, south of Seoul, was purchased by India’s Mahindra & Mahindra in 2011.