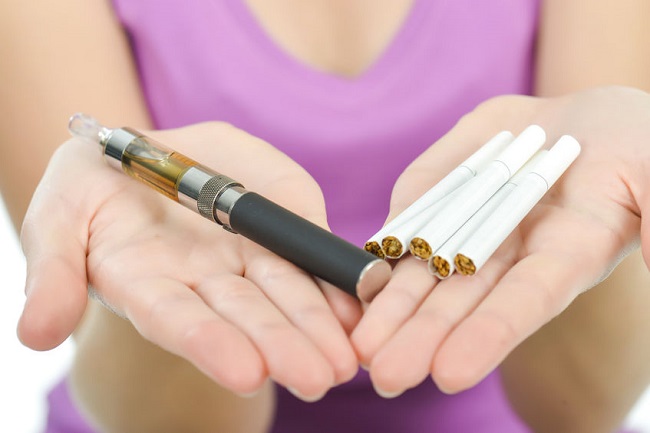 Tobacco companies and smokers have countered by saying that the quanityt of harmful emissions produced by e-cigarettes is on average 90 percent lower than for regular cigarettes, adding that the increase in taxes would merely add to the financial burden shouldered by consumers. (Image: Kobiz Media)

SEOUL, Jun. 27 (Korea Bizwire) — The South Korean government finds itself embroiled in a debate over the taxation of electronic cigarettes, following a motion filed earlier this month by Rep. Kim Kwang Lim calling for increased taxes on the popular alternative to traditional cigarettes.

Kim has challenged this interpretation, claiming that as the shape of an e-cigarette is similar to a regular cigarette, the tobacco requires some form of fuel to be inhaled and the device generates gaseous emittances such as steam, it should be considered to be the same as a regular cigarette.

If Kim’s motion is passed by policymakers, it will have hard-hitting financial ramifications for tobacco companies and e-cigarette users. As things stand, the IQOS, Philip Morris Korea’s heated e-cigarette product, sells for 120,000 won. Its HEETS, packs holding 20 strips of tobacco essence each, sell for 4300 won. The proposed tax increase would raise the price of the IQOS by 2,700 won and the price of each HEETS pack by 1,700 won.

As expected, anti-smoking and public health groups on one side and tobacco companies and smokers on the other have greatly divergent views on the heavily debated bill.

Those supporting the measure consider electronic tobacco products to be hindering the government’s efforts to reduce the national smoking rate. Furthermore, anti-smoking groups believe that tobacco companies have not been forthcoming in regards to the ingredients used in the manufacturing of electronic cigarettes. Finally, they consider e-cigarettes to emit more than 100 substances known to be harmful, negating any potential argument that e-cigarettes are “safe” options.

On the other side of the debate, tobacco companies and smokers have countered by saying that the quanityt of harmful emissions produced by e-cigarettes is on average 90 percent lower than for regular cigarettes, adding that the increase in taxes would merely add to the financial burden shouldered by consumers.