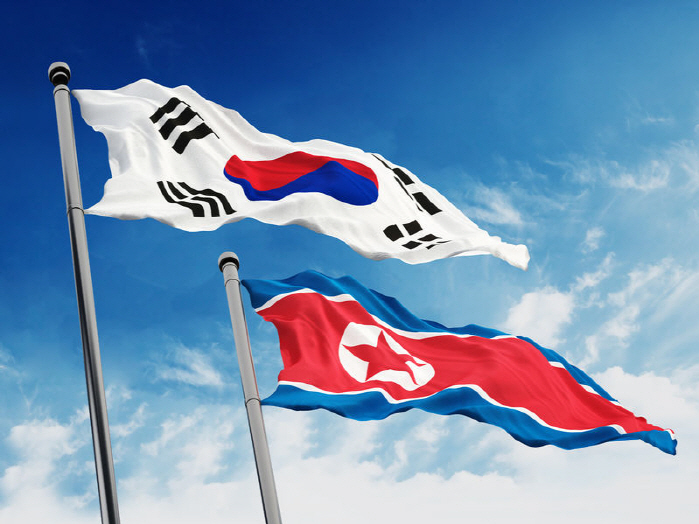 SEOUL, Feb. 18 (Korea Bizwire) — Following North and South Korea’s joint bid to the International Olympics Committee (IOC) to host the 2032 Summer Olympic Games in the Korean peninsula, Seoul is devising blueprints to turn the Seoul-Pyongyang Olympics into a “platform of peace”.

The plan includes hosting several events at the Demilitarized Zone (DMZ), that stands as a symbol of division between the two Koreas, as well as the two major cities of Seoul and Pyongyang.

The Seoul Metropolitan Government announced on Sunday that out of 33 sports events to be held at the Seoul-Pyongyang Olympic Games, the two Koreas could jointly host as many as five events including swimming, Taekwondo and soccer, while North Korea independently hosts 10 other events.

Football matches will be held at South Korea’s Seoul World Cup Stadium and six other football fields, as well North Korea’s Rungrado 1st of May Stadium.

Sports events to be held only in Pyongyang include basketball, gymnastics, and wrestling, which are some of the most popular sports events in North Korea.

“The plan is still in its early stages,” said Seoul city officials. “Details may change as we continue to discuss with the government, as well as our North Korean counterparts.” 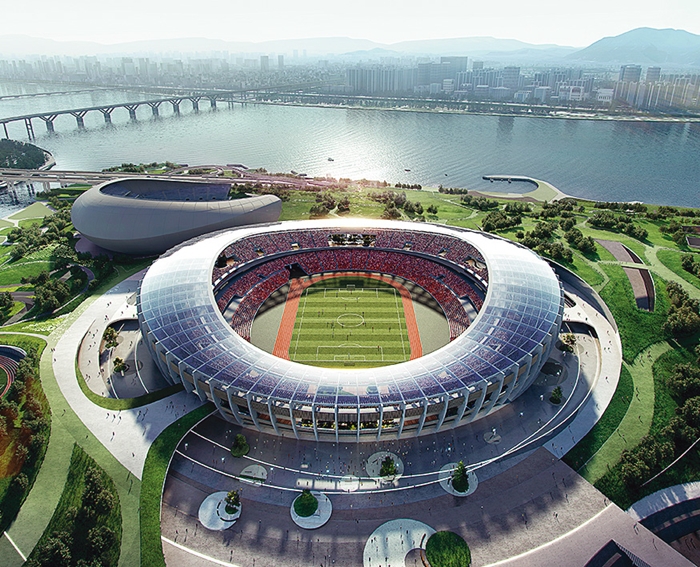 Seoul Olympic Stadium, which will go through renovations until 2028, will serve as South Korea’s main stadium for the Seoul-Pyongyang Olympics. (image: Seoul Metropolitan Government)

According to the plan, South Korea plans to host 18 events, including the marathon, triathlon, and cycling, which may be held on newly paved roads along the DMZ or ones that may go across North and South Korea.

“I believe that the DMZ can serve as a meaningful platform to send out a message of peace,” said Yoon Joon-byeong, the deputy mayor of Seoul.

“The DMZ is about 240 kilometers long, so if we create a course that goes through the House of Peace or Panmunjom, that would also be meaningful.”

Seoul Olympic Stadium, which will go through renovations until 2028, will serve as South Korea’s main stadium for the Seoul-Pyongyang Olympics.

As for the press center, Seoul’s Convention & Exhibition Center (COEX) or Dongdaemun Design Plaza (DDP) are being seen as priority candidates.

Korean International Exhibition Center (KINTEX) in Goyang, Gyeonggi Province, with easier access to both Seoul and Pyongyang, is also listed as a possible choice.

A new athletes’ village, housing more than 5,000 residential quarters, will be built in Seoul close to the major stadiums.

After the Olympic Games, it will be used in public housing projects for South Koreans in the lower-income tier and younger generations.

The athletes’ village to be built in Pyongyang is expected to be comprised of 2,000 residential quarters.

In South Korea, hosting the Olympic Games is expected to cost approximately 3.8 trillion won, while it may cost around 5.9 trillion won to build necessary infrastructure.