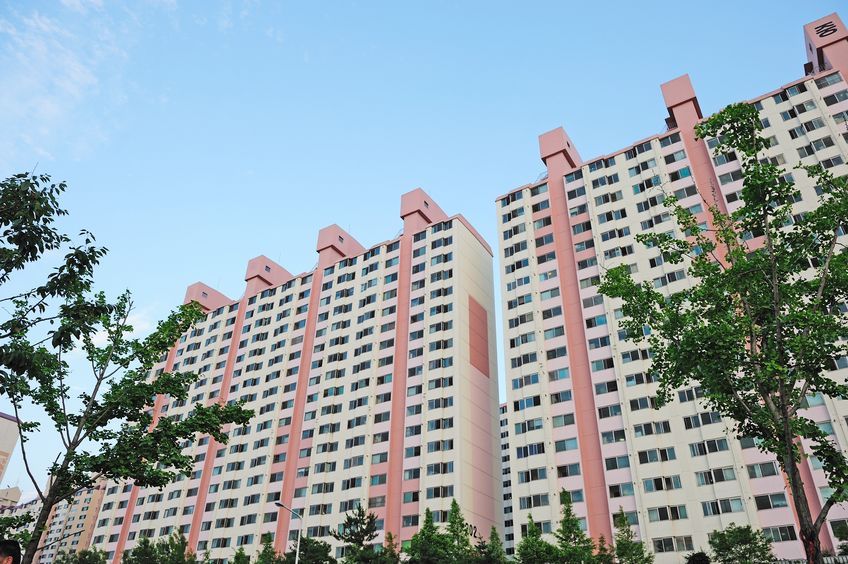 In South Korea, new apartments are sold usually before the construction has been completed. (Image: Yonhap)

SEOUL, Jul. 10 (Korea Bizwire) – In what could be the strongest measure ever to clamp down on housing prices, South Korea is cautiously moving to revive the controversial scheme to cap presale prices of privately built apartments, which could have a far-reaching impact on the local home market, industry sources said Wednesday.

In a parliamentary report on Monday, Land, Infrastructure and Transport Minister Kim Hyun-mee said the government is considering adopting the so-called presale price cap system for apartments to be built by construction firms amid signs of home prices turning higher.

“The growth rate of presale apartment prices in Seoul has jumped more than twice that of existing apartment prices. It appears to be opportune to reintroduce the price ceiling regulation on newly launched flats in the private sector as well,” Kim said.

In May, presale private-sector apartment prices jumped nearly 13 percent to an average of 7.8 million won (US$6,600) per square meter from 6.9 million won a year earlier.

But existing flat prices didn’t catch up with the growth pace, according to government data.

In South Korea, new apartments are sold usually before the construction has been completed.

The scheme was first introduced in 2007 to curb soaring home prices under the Roh Moo-hyun administration, but scrapped in 2015 under the Park Geun-hye government to boost the economy.

In recent years, housing prices have been soaring, forcing policymakers to roll out a series of measures, including tightened home-backed loan regulations and hefty taxation, to cool down home prices.

But due to a supply shortage in Seoul and adjacent areas and low borrowing costs, demand for new apartments has remained high, prodding builders to scramble to demolish aged apartments on hopes for hefty gains after rebuilding.

Policymakers worry that such a sharp hike in presale prices of new apartments could raise prices of existing apartments, which in turn would hike overall housing prices.

Some builders have been opting for a scheme to sell new apartments at higher prices after the construction as they are not subject to the scheme.

But their moves have made the government take additional steps to put the housing market under control.

Construction companies have been opposed to setting limits on sales prices and disclosing construction costs. They have argued that such measures would end up squeezing home supply and further jacking up housing prices.