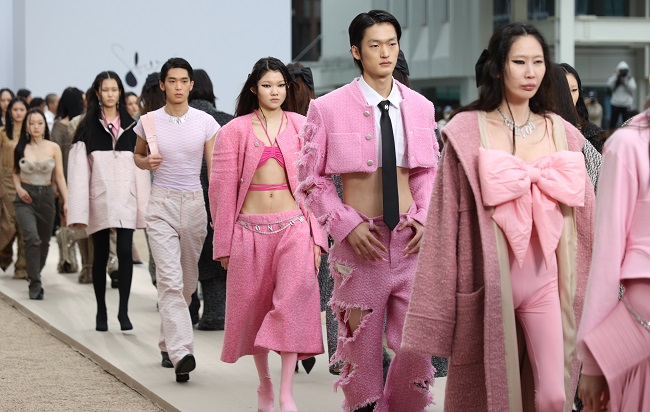 The fashion show for the 2023 spring-summer season will be held from Tuesday to Saturday at the Dongdaemun Design Plaza (DDP) in central Seoul as a fully in-person event, officials at the Seoul city government said.

It marks the first Seoul Fashion Week to be held entirely in person since the beginning of the COVID-19 pandemic in 2020, which had turned the show wholly or partially online.

Big name fashion models, such as Han Hye-jin and Cha Seung-won, are scheduled to walk the runway, while Seoul Mayor Oh Se-hoon and actor and Seoul Fashion Week ambassador Kwon Sang-woo will be sitting among the spectators.

The event will also include shows involving clothes made with eco-friendly or recycled fabric, as well as a trade show that connects Korean fashion houses with local and overseas buyers, according to the city government.