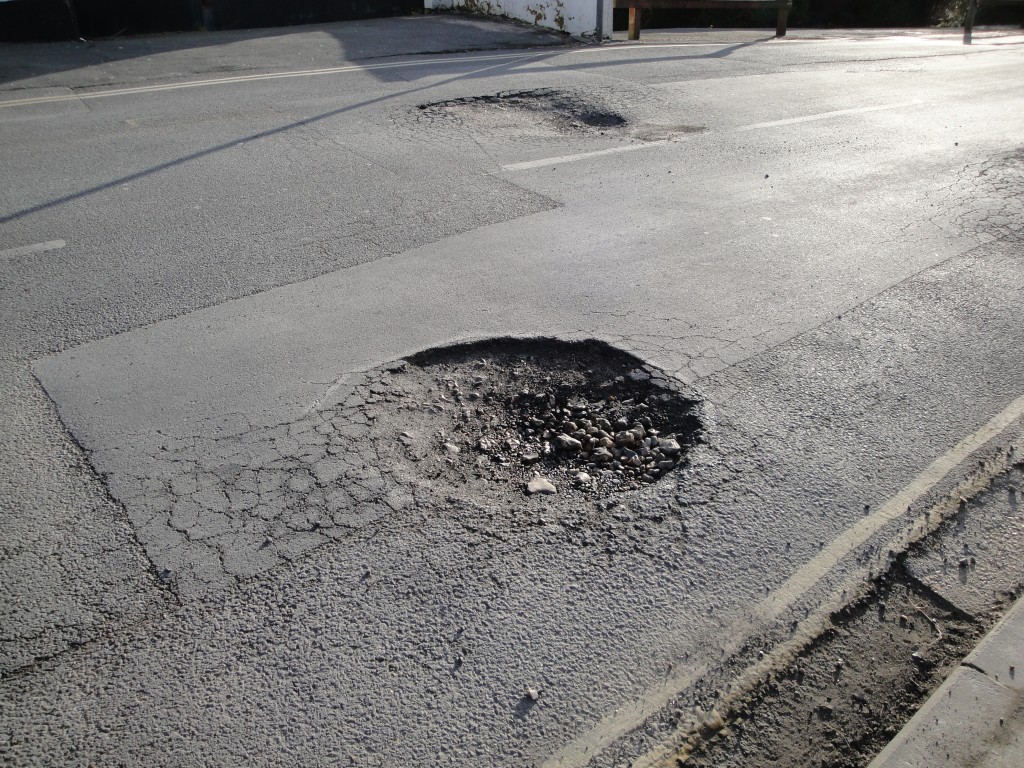 The car is also equipped with a mini-PC and a GPS, and when the camera and computer recognize and confirm the presence of a pothole, a photo is immediately taken and sent to an external server with the location information. (image: Wikimedia)

SEOUL, Sept. 22 (Korea Bizwire) – Potholes on asphalt pavement can not only be a hindrance but also a danger to drivers. But with a new system from the KICT (Korea Institute of Civil Engineering and Building Technology) that uses black box cameras to automatically detect and report potholes on roads, their detection and report process may become much quicker and more convenient.

According to Seoul’s Quality Inspection Office, the new system features a black box camera installed in its typical position at the center of a vehicle’s front windshield, which films the road during the car’s operation. The car is also equipped with a mini-PC and a GPS, and when the camera and computer recognize and confirm the presence of a pothole, a photo is immediately taken and sent to an external server with the location information.

Recent test-drive experiments conducted by the office showed that this ‘Automatic Pothole Detection and Report System’ had a 70.8 percent accuracy rate (when potholes were accurately reported) in detecting potholes.

The rate was higher for larger holes (15 centimeters and greater in diameter), which tend to pose bigger threats to drivers, while it also proved its effectiveness at higher speeds (60 to 70km/h) with a success rate of 83.3 percent.

“The rate is about 87 percent when potholes are reported by a human driver,” said an official from the inspection office. “Our experiments showed that the system is nearly as accurate as the naked eye.”

The Seoul Metropolitan Government currently acquires the city’s pothole information from select bus drivers who send simple GPS information when they detect obstacles during their operations.

However, using the black box camera system will not only allow officials to automatically receive information about the size and the location of a pothole, but also an estimate for the quantity of material needed for its repair. It will further help accrue pothole data for officials to better manage specific regions that may be more prone to the phenomenon.

Nonetheless, a Seoul government official said that the experiments were conducted for academic purposes only, and no talks have yet taken place for their potential implementation.