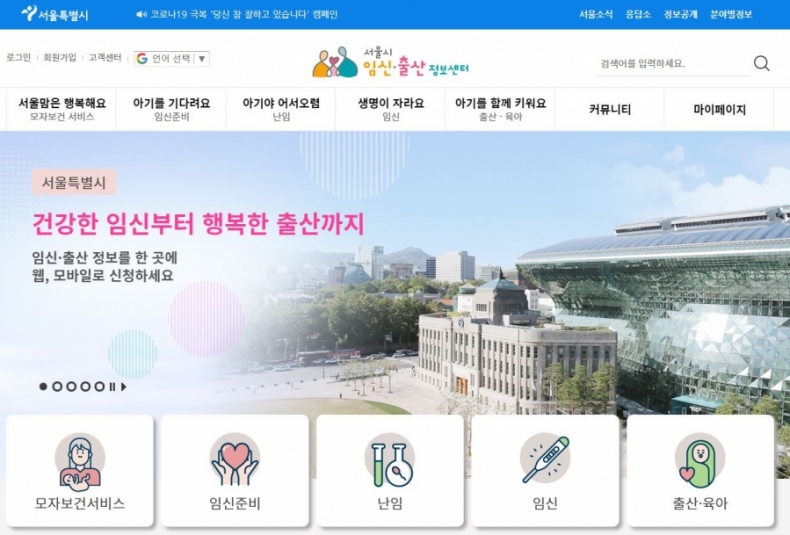 A screenshot provided by the Seoul city government of its website for pregnancies and childbirth.

SEOUL, Jan. 7 (Korea Bizwire) — A website run by the Seoul city government has sparked outrage for advising pregnant women to make sure their husbands have enough clean underwear and food to eat while they are hospitalized for childbirth.

The comments were recently discovered and shared on social media, even though they had been posted on the website since its launch in June 2019.

“For the three or seven days that you are expected to be hospitalized, prepare a change of underwear, socks, shirts, handkerchiefs and outerwear for your husband and children and put them away neatly in a drawer,” said the website, which is meant to serve as an information hub for pregnancies and childbirth.

“Throw out stale food in the refrigerator and make three or four side dishes that your family enjoys. If you prepare several types of instant foods, such as curry, jjajang (black bean sauce) and soups, your husband who is a poor cook will be able to have them conveniently,” the website said.

It went on to advise: “If you don’t put off housework, such as cleaning and washing the dishes, and do it whenever necessary, you will be able to control your weight without doing special additional exercise.”

The comments were taken down after they created a stir online.

The city government said it took the comments straight from a similar website run by the Ministry of Health and Welfare when it launched its own site. The ministry had already removed the lines before the recent incident.

Online commenters balked at the suggestions, saying they are shocked by the city government’s “sexist” perceptions.

“Do they still think married women are their husbands’ housekeepers?” one person wrote.

Another person added: “It’s hard to even breathe toward the end of a pregnancy, and they’re expecting us to prepare underwear and food for our husbands?”