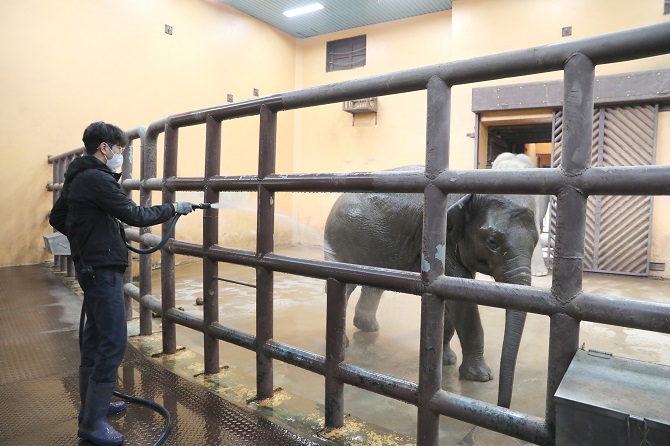 The elephants were given hot water baths. Their toenails were also thoroughly polished. 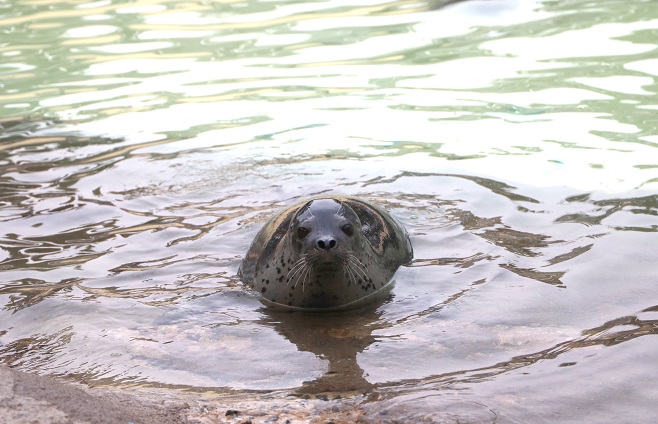 The zoo’s marine center, home to some 34 kinds of marine animals including spotted seals, began a massive cleaning operation of the outdoor tanks.

Some 150 to 600 tons of water were drained out of all seven tanks to remove residue and polish the inner walls.

Ponies were also seen going on a walk with trainers for an outdoor feeding.