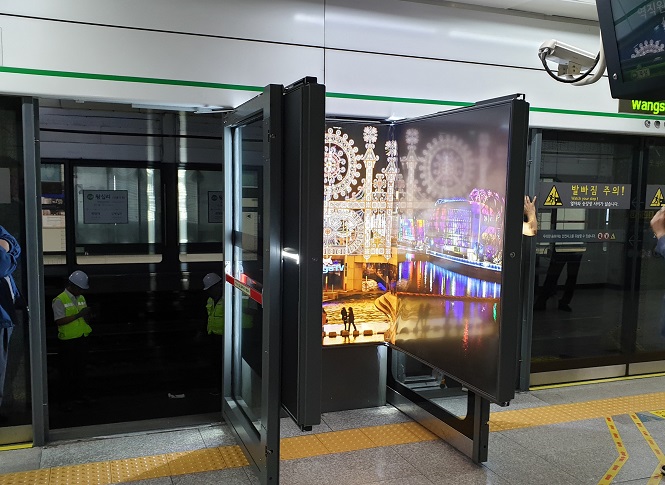 The new advertising boards feature improved safety since they are made of flame-retardant fabrics. (image: Seoul Metro)

SEOUL, Dec. 24 (Korea Bizwire) — Seoul Metro, the operator of the city’s vast subway system, said Wednesday it had replaced fixed-type safety doors (3,810 units) and advertising boards at the platforms of 132 subway stations encompassing its lines No. 1 to 8 with foldable models that can be used as emergency exits.

In particular, the 1,499 fixed-type advertising boards will be replaced by ones that can be folded if the handle is pushed, turning into an emergency exit.

The new advertising boards feature improved safety since they are made of flame-retardant fabrics.

The subway operator also noted that about 1,840 fixed-type safety doors that were installed through private investment in the early days of the program to introduce safety doors for subway platforms remain unchanged, but consultations are underway to improve them.