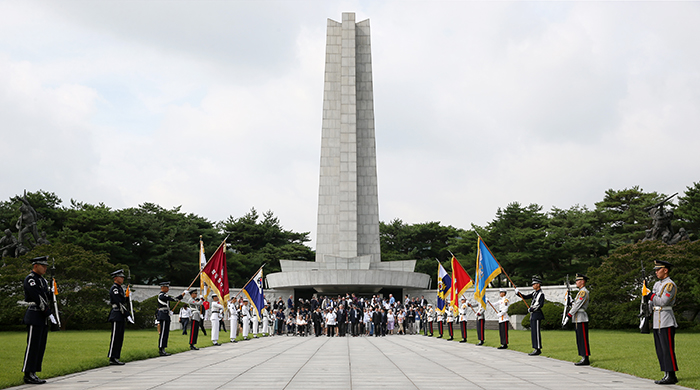 The visitors can select their languages using the system installed at an altar in front of the cemetery’s signature memorial tower.

The system was established with the participation of foreign instructors at a language institute attached to Korea’s Joint Forces Military University.

To show appreciation for their contribution, the cemetery has appointed the instructors as honorary officiators.