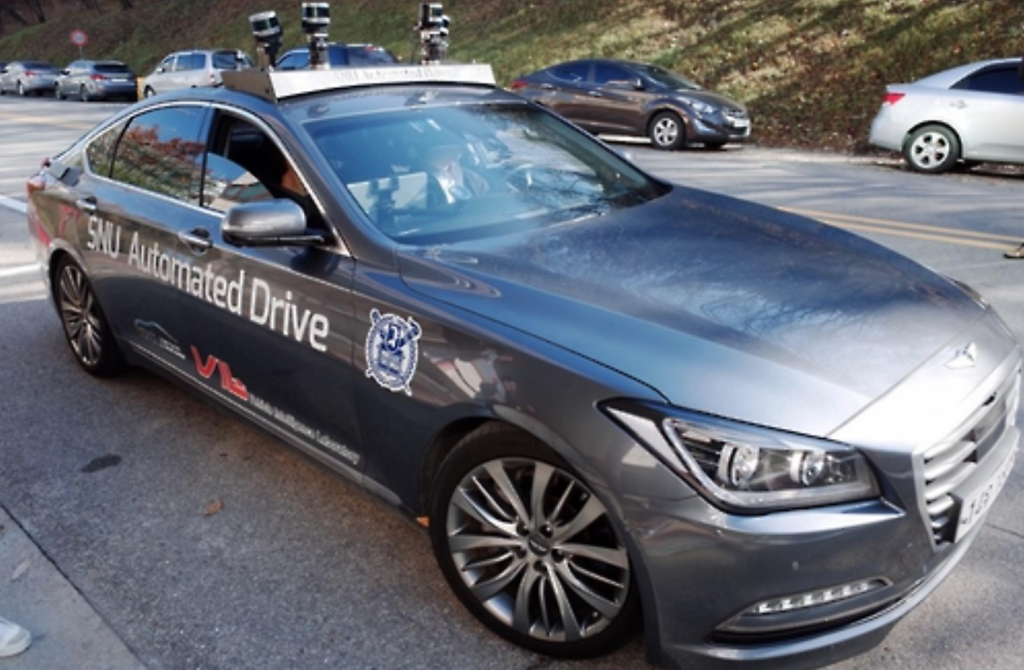 SNUber2 picks up a passenger when it receives departure and destination data registered via its smartphone application. Upon transporting a passenger, the self-driving car automatically departs for the next passenger’s location. (image: Yonhap)

SEOUL, Nov. 15 (Korea Bizwire) – Seoul National University unveiled Tuesday the SNUber2, an urban self-driving vehicle and the follow-up model to the original SNUber, which was introduced in November 2015, and used for transporting disabled students around campus.

Developed by the school’s Intelligent Vehicle IT Research Center, the new generation vehicle is suitable for urban driving, able to maneuver autonomously in a typical urban road environment, through busy roads and tunnels.

Several improvements were made with the new vehicle, including object detection technology based on high-definition 3D maps, the ability to avoid collision and road hazards, improved recognition of road signs, and the capacity to drive through narrower streets.

The center also replaced the single high-cost sensor from SNUber with multiple low-cost instruments, which the team expects to help advance the commercialization of autonomous vehicles by boosting affordability.

During the demonstration of SNUber2, the vehicle safely navigated a five-kilometer course around the campus in 15 minutes, at a maximum speed of 30 kilometers per hour. 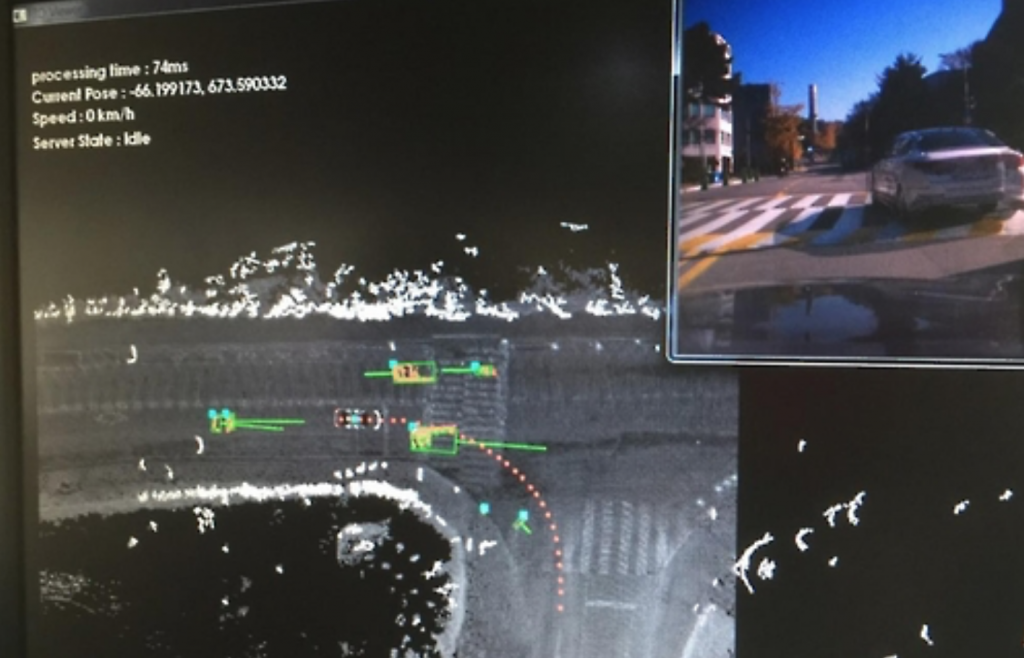 A monitor installed inside the vehicle showed in dots the real-time location of SNUber2, nearby pedestrians, vehicles, and other obstacles that it came across. More impressive, the car was able to predict the direction of movement of cars and pedestrians, and successfully drove past a dozen students that walked onto the street, coming out of a building after class.

SNUber2 picks up a passenger when it receives departure and destination data registered via its smartphone application. Upon transporting a passenger, the self-driving car automatically departs for the next passenger’s location, an official said.

The university plans on test driving SNUber2 outside the campus environment in the first half of 2017, in line with the recent revision to the Automobile Management Act that permits test drives of autonomous vehicles on all city roads except in safety zones for children, the elderly, and the disabled.

“Korea is rather late in terms of testing autonomous vehicles on city streets, but we now have the actual environment to further research self-driving technology,” said the center’s director, Choi Seung-woo. “It’s a major breakthrough for the commercialization and successful achievement of level 4 autonomous-driving technology, expected for 2025.”