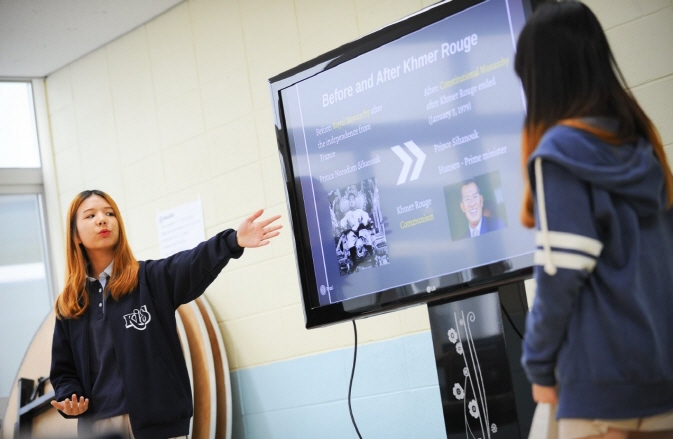 SEOUL, Aug. 31 (Korea Bizwire) – At least 4 out of 10 South Korean students would have chosen to study abroad had it not been for the international schools situated within the Jeju Global Education City (JGEC).

According to a survey conducted by the Jeju Free International City Development Center (JDC) between December 2017 and January 2018, 287 out of 630 parents (45.3 percent) whose children attended international schools in the JGEC responded that they would have sent their children to study abroad were it not for the international schools on Jeju Island.

A total of 343 parents (54.7 percent) said their kids would not be studying abroad.

A total of 3,326 households relocated to the JGEC for access to the international schools there, spending an annual sum of 240 billion won on average.

There are currently 3,385 students enrolled at these four schools, out of 5,236 seats maximum. The schools also employ 1,089 faculty and staff.

The JGEC is a project co-launched by Jeju and the central government to set up a world-class global education sector in the hope of offering a domestic alternative to education spending abroad, which is popular among wealthy Korean parents. Another goal is to attract students from abroad.

“Phase 1 of the project, which was setting up the business district, is complete. We are going to brief our residents about its impact, then move on to Phase 2,” said a Jeju official.