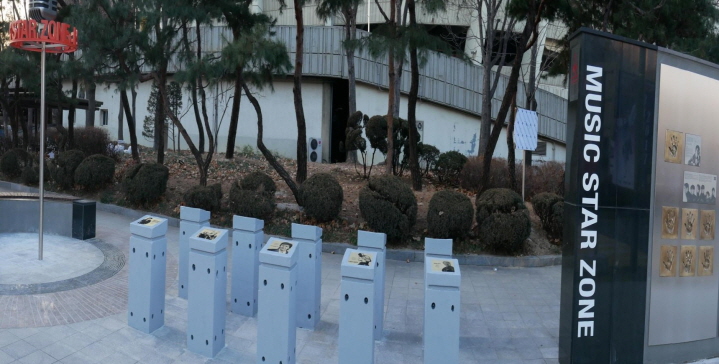 SEOUL, Apr. 25 (Korea Bizwire) — The government of Seoul said Thursday it has created a zone for handprints of K-pop stars, including BTS, at its main sports complex.

The Music Star Zone, installed at Seoul Olympic Stadium, also known as Jamsil Olympic Stadium, features handprints of 35 musicians from 12 singers or groups who have performed at the stadium in southern Seoul, the municipal government said.

Besides BTS members, full-size handprints of TWICE, Cho Yong-pil, Seo Tai-ji and HOT are displayed at the zone, along with copper plaques that contain their career summaries, it said.

The Seoul government also created seven photo zones at the stadium complex, from which visitors can take pictures of Seoul Olympic Stadium, a statue of Olympic mascot Hodori, a statue of legendary marathoner Son Gi-jeong and other monuments in the background.

“The Music Star Zone is expected to provide new attractions to domestic and international visitors,” an official said.