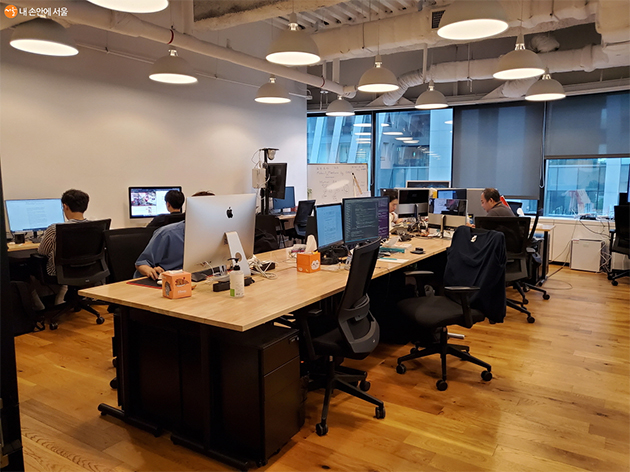 This image of the Seoul Fintech Lab run by the Seoul city government is provided by the city.

The Global Startup Ecosystem Report 2022 by the firm, dedicated to improving the startup ecosystem of each city, surveyed 280 cities across some 100 nations for the latest results announced in London, the officials said.

The report ranked Seoul as 10th strongest in the startup ecosystem category, up from 16th last year and 20th in 2020.

The report put the value of Seoul’s startup ecosystem at 223 trillion won (US$173.4 billion), sharply up from 54 trillion won a year earlier, the city officials noted.

The South Korean capital was highly evaluated in five of the six entries for the ecosystem appraisal, including the financing entry where it was ranked No. 1 among Asian cities.

Sectors most thriving in Seoul’s startup ecosystem have been surveyed to be the AI-big data-analytics industry as well as the life science and robot sectors.

Silicon Valley of the United States was ranked No. 1 in the startup ecosystem report, followed by both New York and London in second place and Boston at fourth.

Shanghai and Beijing were at eighth and fifth, respectively.