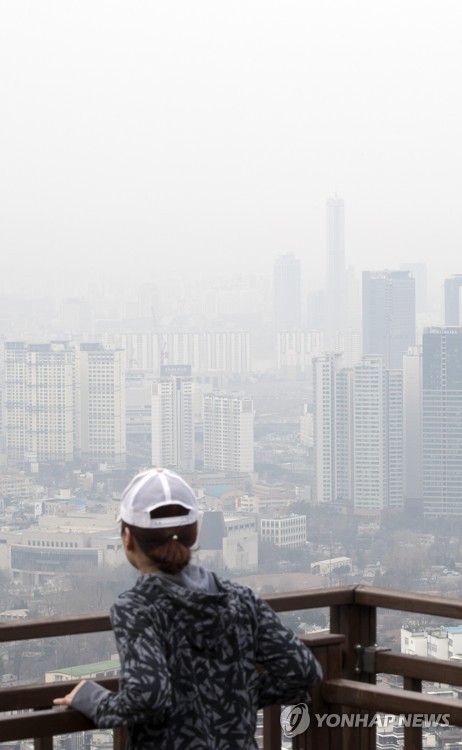 A woman gazes out at downtown Seoul from an observation deck on Mount Nam on March 20, 2017, as the city is covered in a dim haze caused by fine dust. (image: Yonhap)

Seoul, which has been battling with fine dust particles in recent years, came in second place earlier in the day with a figure of 179.

The high numbers are mainly due to fine dust particles in the atmosphere.

The visualization map created by the company shows an AQI on a scale from 0 to 300 and higher scores can translate into health problems down the line, it said.