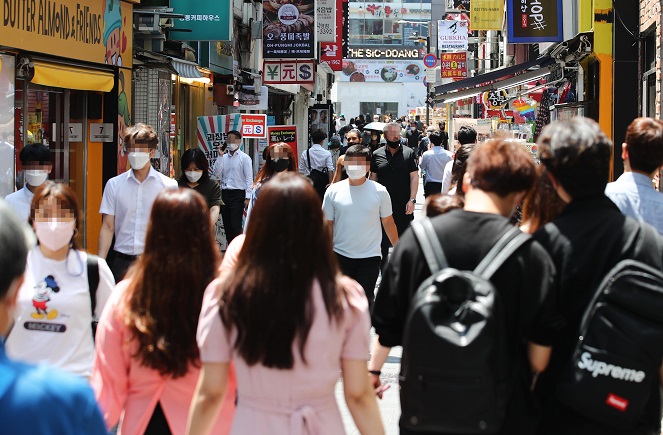 This file photo from June 21, 2021, shows people walking on the streets of Myeongdong in central Seoul. (Yonhap)

According to figures compiled by the Ministry of Interior and Safety and provided to People Power Party Rep. Tae Young-ho, Seoul had a population of just over 9.56 million as of June.

Seoul had almost 9.99 million people as of June 2016, and the number has been on a steady decline since.

The census data do not count foreign residents.

While a population drop is hardly new in Seoul, Rep. Tae pointed to skyrocketing housing costs as the main reason for the precipitous fall.

Only two wards, Gangdong and Yeoungdeungpo, reported a rise in population.