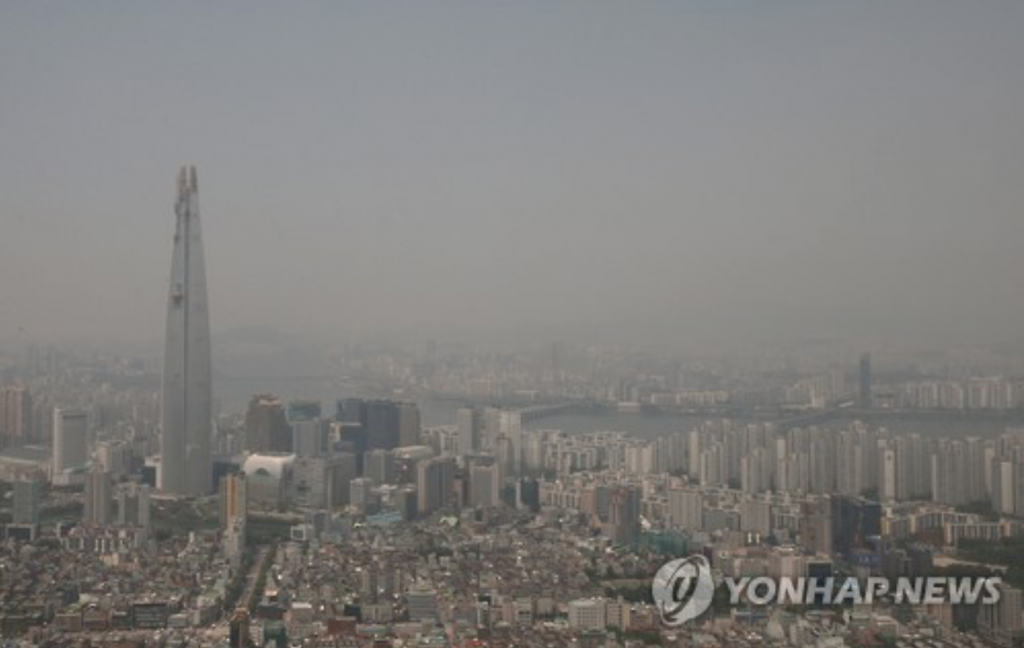 The photo shows the Jamsil area in southern Seoul covered in a gray haze caused by fine dust in the air on May 30. (image: Yonhap)

SEOUL, Aug. 9 (Korea Bizwire) – The health implications due to the poor environment in Korea’s capital and most populated city are becoming increasingly concerning.

And while Seoul’s metropolitan government continues to set out new policies to alleviate the city’s pollution problem, a recent analysis by The Seoul Institute revealed that over 15 percent of the city population underwent treatment for various ‘environmental diseases’ in 2014.

An infographic released by the institute noted that 1.68 million individuals were receiving  treatment for allergic rhinitis, asthma, and atopic dermatitis, which represented 16.2 percent of the population in 2014. The figure was also an increase of 6.4 percent from the 1.58 million patients in 2007.

The institute also noted that 51.1 percent of pre-teenagers in Seoul underwent treatment for the concerned diseases, highlighting that age group’s higher vulnerability to environmental diseases. The percentage for teenagers was also high at 19.9 percent, while older age groups also showed high susceptibility at 15.6 percent and 13.7 percent for those in their 70s and 60s, respectively.

Meanwhile, health complications from air pollution have grown high in recent years, with more accounts of fine dust during springtime and ozone warnings in the summer. Seoul recently set out new measures to ban older diesel vehicles from entering the capital starting in 2017.