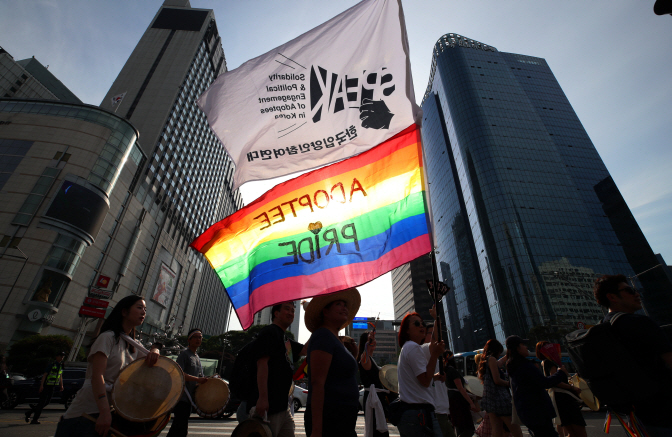 The festival for sexual minorities first began in 2000 with only 50 participants, but has since been expanding, attracting as many as 60,000 participants last year.

The festival expects that up to 70,000 participants attended the festival this year. 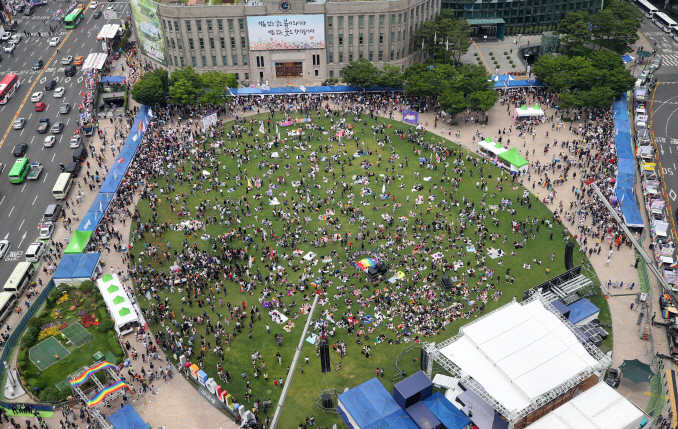 The event began in the morning and reached its peak in the afternoon when the famous 4.5-kilometer parade was held.

At the opposite side of the square near the Deoksugung Palace’s Daehanmun Gate, protesters gathered to oppose the festival. 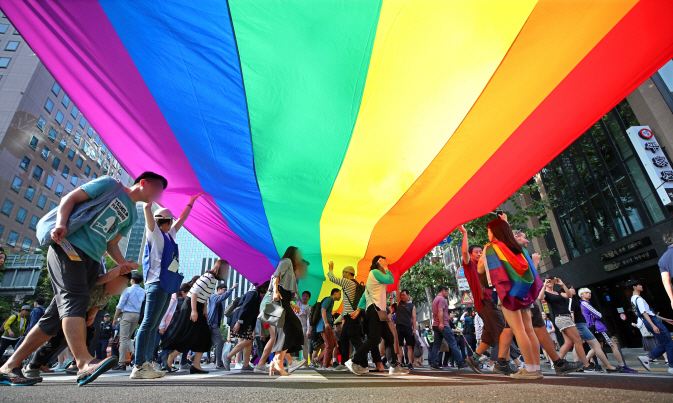