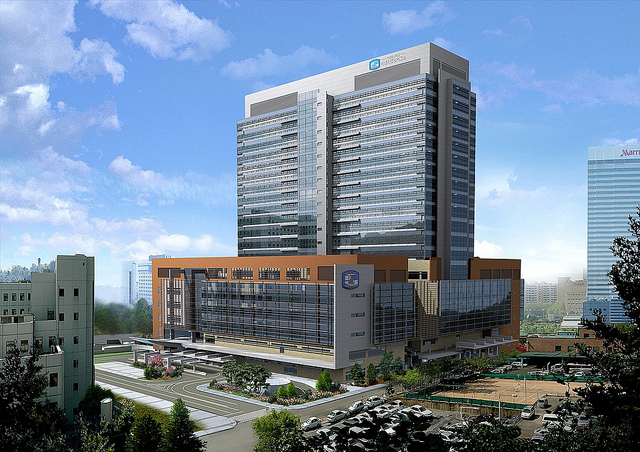 The Korean-style medical checkup center for the Arabs planned to be nestled at the capital’s Marina Mall is expected to make 100-billion-won sales in five years. (image: The Catholic University of Korea/flickr)

The agreement is the first case for a private medical clinic to enter the UAE medical market on the basis of the government-to-government project with UAE, which is expected to be a stepping stone for Korean medical businesses to join the UAE market.

The Korean-style medical checkup center for the Arabs planned to be nestled at the capital’s Marina Mall is expected to make 100-billion-won sales in five years. Under the terms of the agreement, the Seoul-based hospital will earn 10 percent of the total sales in return for the services rendered.

One third of the staff, or 25 employees, will be South Koreans dispatched from the hospital, who are paid a total of 30 billion won for five years by the center in Abu Dhabi.

As Abu Dhabi Health Authority has tried to push forward an approval of Korean medical license in the UAE, in particular, medical businesses operated by Korean hospitals in the Arab industry seems to have a momentum in the future.

The Arab authority decided to promote the level of Korean consultant license from Tier 2 to Tier 1. Considering the fact that only some of the German licenses belong to Tier 1 while Japanese and Singaporean licenses are Tier 2, it could be said that the UAE government puts faith in the Korean medical technology.

“The agreement will give other medical businesses in Korea a foothold to make forays into the market. We will do our best to establish the center successfully,” Seung Ki-bae, chief of the hospital said.