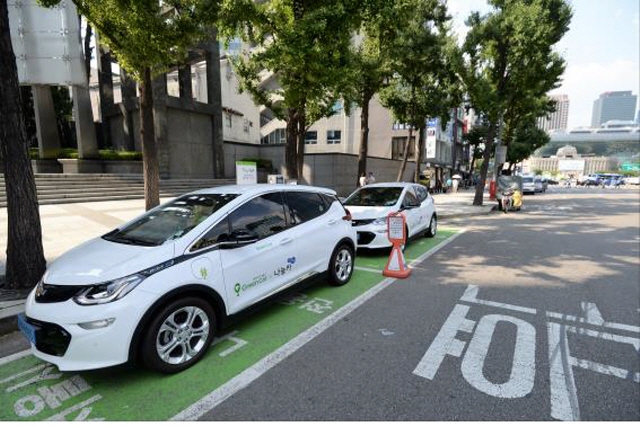 SEOUL, May 13 (Korea Bizwire) — The number of shared cars operating in Seoul will double over the next three years, as part of the municipality’s eco-friendly policies, officials said Monday.

The Seoul Metropolitan Government said it will secure a fleet of 10,000 shared cars by May 2022 and expand discounts and parking space for their users.

Car sharing service was first introduced in Seoul in February 2013 and the number of shared cars in the city increased to 4,688 by last December, with the number of users reaching 6,028 on a daily average.

In line with its goal of raising the number of shared cars to 10,000, the Seoul government will increase the number of car-sharing companies from the current two — Socar and Greencar — to three or four.

The municipal government will sharply increase the number of exclusive parking spaces for shared-car users.

Fifty-five public parking lots and parking lots owned by public institutions will be required to reserve at least one space each for shared cars, while private companies will be offered larger exemptions from their traffic inducement charges in return for installing exclusive parking spaces for shared vehicles.

The municipality will also establish a car sharing support team with six to seven officials, which will be in charge of increasing electric car charging facilities and various infrastructures for shared cars.

In addition, the monthly discount for disabled and low-income people who use shared cars will double to over 20,000 won (US$17), while 250 youths seeking to start their own business every six months will be given 30 percent discount for six months.