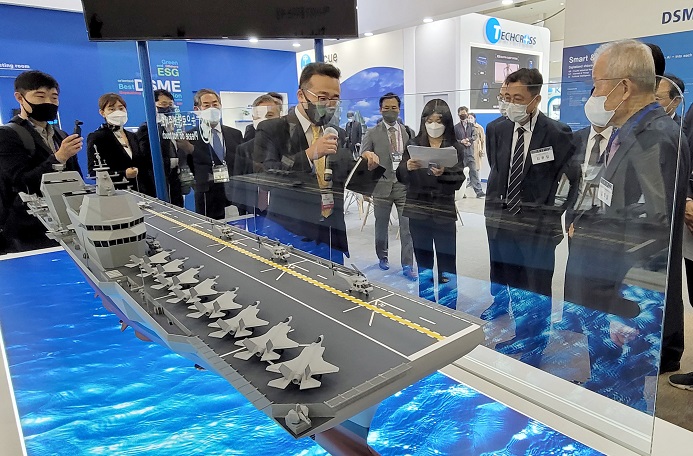 Visitors look at a model of a Korean-style light aircraft carrier of Daewoo Shipbuilding & Marine Engineering Co. during the International Marine, Shipbuilding, Offshore, Oil and Gas Exhibition 2021 at the BEXCO convention center in the southeastern port city of Busan on Oct. 19, 2021. (Yonhap)

Daewoo Shipbuilding has signed a memorandum of understanding with Babcock International for a “strategic partnership” in developing technologies in aircraft carriers, the company said in a statement.

“Through the partnership with Babcock, (Daewoo Shipbuilding) will make utmost efforts to build warships for the South Korean Navy forces,” the statement said.