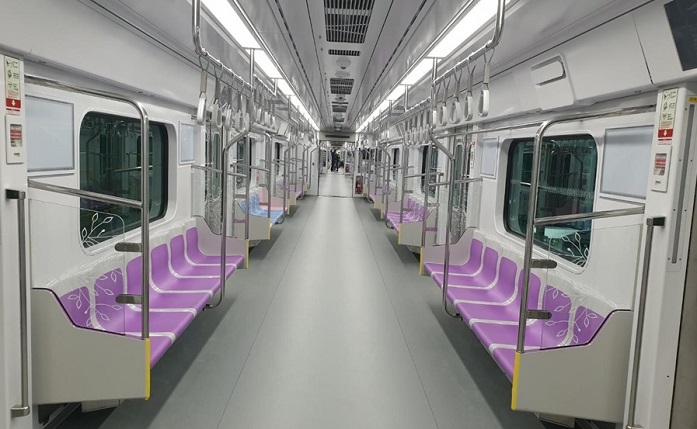 Seoul Metro, the operator of the capital’s vast subway system, will put five new trains comprising 40 passenger cars into operation on Line 5 starting this month and add 20 more trains to the line by the end of this year, officials said.

A total of eight chargers will be installed in four passenger cars per train — two in the middle and two with designated spots for wheelchairs.

The upgraded trains will also offer a more comfortable ride by increasing the width of each seat to 48 centimeters from 43.5 cm while making the previously seven-seat sections into six-seat sections.

Seats reserved for pregnant women, colored in pink, will be bigger, with a width of 53 cm.

Seoul Metro began replacing old subway trains with new ones starting on Line 2 in 2014. The renovation project for the line will be completed this year, and the operator plans to also give a makeover to old trains running on Line 4 and Line 8.

The operator is in charge of most lines from 1-9 on the Seoul Metropolitan Subway system.