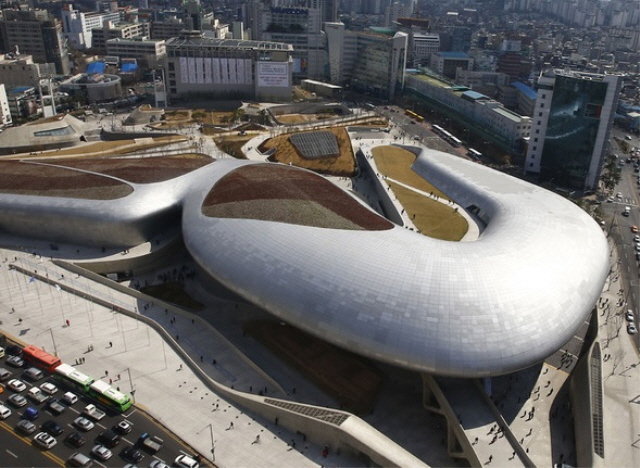 SEOUL, Nov. 9 (Korea Bizwire) — The iconic Dongdaemun Design Plaza (DDP) in Seoul will turn into a canvas of light, color and spectacular images when the city launches a new annual festival of light during the year-end season.

The inaugural “DDP Light” event will take place from Dec. 20 to Jan. 3 featuring a 16-minute video projection on the curvy, mushroom-like exterior of DDP, one of the city’s finest architectural landmarks, the Seoul Design Foundation, which organizes the festival, said in a press release.

The metropolitan government seeks to develop the “media facade” show into a major nighttime tourist attraction in the low season of winter.

Under the theme of “Seoul Haemong,” which means dream interpretation, this year’s program will present the past and future of the capital city with illuminated images reconstructed by cutting-edge media technologies from photos taken by citizens.

The project is jointly led by Refik Anadol, a Turkish media arts designer and director, and Min Sey, a Korean data visualization artist and designer.

During the festival, a Christmas market, performances, forums and the New Year’s Day countdown will also be held around the complex.

Designed by British-Iraqi architect Zaha Hadid, DDP opened in 2014 and has hosted fashion, design and other diverse cultural exhibitions and conferences.