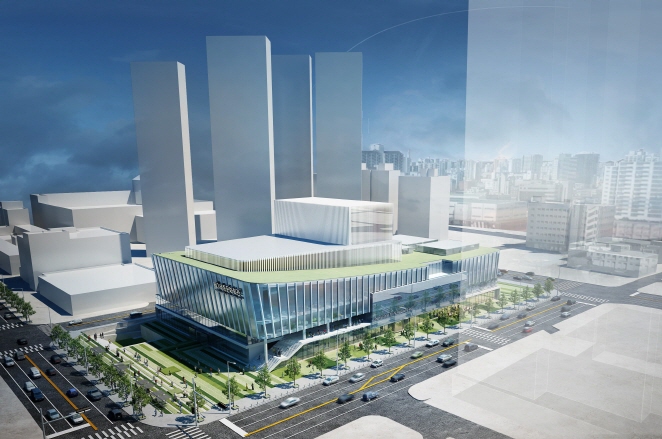 An aerial view of the new concert hall set to be completed by 2025. (image: Seoul Metropolitan Government)

SEOUL, Dec. 12 (Korea Bizwire) — Seoul city on Thursday announced plans to open a new library and concert hall in areas of the capital that were previously considered underdeveloped and lacked cultural facilities.

Under the plan, the city will pump in 387.8 billion won (US$325.6 million) to build a library in Dongdaemun ward in eastern Seoul and a concert hall in the southwestern Youngdeungpo ward, the metropolitan government said in a press release.

“Considering the two venues are being reborn from neglected wastelands to cultural facilities, (we) anticipate they will vitalize the local communities,” it said.

The library, spanning a floor space of 35,000 square meters, will be built in the Cheongnyangni area that was formally known as a red-light district but is currently going through massive redevelopment.

The city said the completed venue will be three times larger than the current landmark Seoul Library nestled in the old city hall building.

The concert hall, dubbed the second Sejong Center for the Performing Arts after the landmark 3,000-seat concert hall in Gwanghwamun, will be built near Mullae Station.

The concert hall will consist of a 2,000-seat main hall and a 300-seat mini hall for concerts, musicals and theater works, according to the city.

The city government plans to hold an international competition to invite architects to design the two venues.