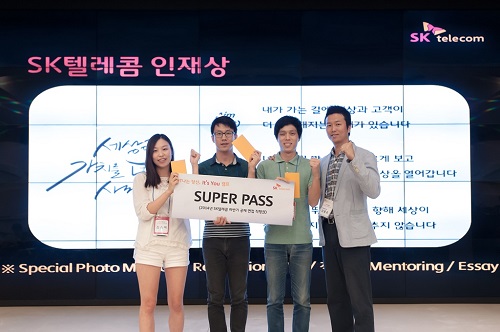 SK Telecom steps up its “We go to meet you in person” campaigns of late. (image: SK Telecom)

SEOUL, Sep. 11 (Korea Bizwire) – Launching a new initiative “It’s You” to secure more competent brains, SK Telecom is set to tap an increasingly popular tactic when it comes to a recruiting campaign: “We go to meet you in person.” Korea’s leading wireless carrier announced on September 10 that it will search for competent would-be employees who reside in far away from the Seoul Metropolitan area.

Visiting and meeting next-generation professionals in the field of computer and software (SW), the telecom company plans to get a upper hand in securing talented individuals in much more proactive and flexible recruiting approach than in the previous years.

By carrying out the innovative and applicant-friendly recruiting processes, SKT expects to tap locally possible talent pool as many as possible. To this end, it will also hold a job fair in local universities as part of a campaign to give boost to regional universities — which are regarded relatively lagging behind compared with those located in Seoul city.

Besides, the company bets this move will contribute to the national future technology prowess: By stirring up morale among the local computer and SW professionals, who will take the lead in pioneering Korea’s creative economy, the era of “ICT-nomics (ICT+economics),” SK Telecom’s core vision aimed at the future, will play a key role in bolstering SK Telecom and the national technology sector alike. 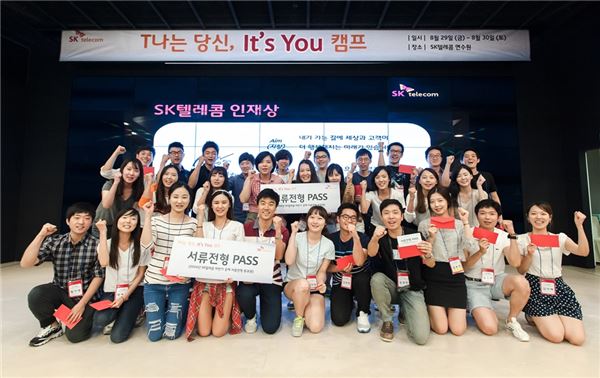 They also visited the famous ICT-themed museum called “T.um,” which incorporates SK Telecom’s brand signature ‘T’ and the word “museum” and had talks and even job interviews with junior managers at the company.

According to SK Telecom, it initially set a limit of 200 applications for the job camp of “It’s You”; however, it took in far more applications of up to 4,000. SK Telecom plans to recruit 30% more employees than last year.

Kim Young-an, head of Human Resources Department at SK Telecom, stated, “Talented undergraduates will take the lead in the company’s prosperity. Our proprietary recruiting campaign, well displayed in the “It’s You” initiative, enables us to hire competent youths who in turn will drive the era of ICT-nomics, the future blueprint of SK Telecom.”