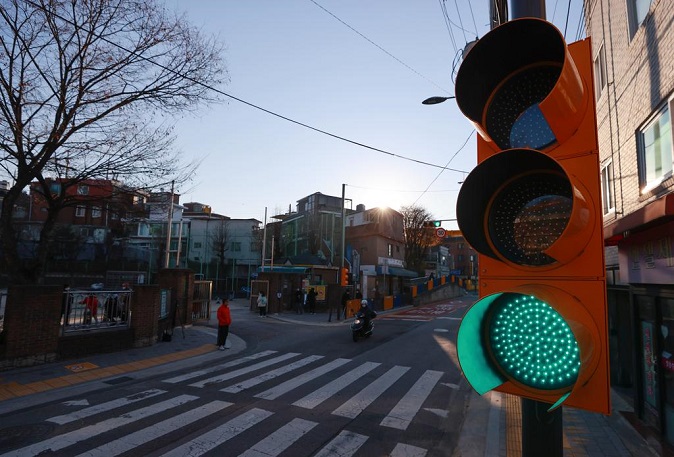 A traffic light in this file photo (Yonhap)

SEOUL, Oct. 5 (Korea Bizwire) — The Seoul Metropolitan Government announced that it will provide real-time information on the status and time of traffic lights at major downtown crossroads for free through a public portal starting from Wednesday.

Any citizen can check this information for 788 major crossroads within the city on a real-time basis through the Seoul traffic big data portal.

In addition to traffic light information, the city will also provide other traffic information, including traffic jams at major crossroads, location of crossing pedestrians, and changes in car traffic and speed collected by 1,700 units of public transport vehicles consisting of 1,600 inter-city buses and 100 taxis.

The development of the open-type API was carried out as one of the Ministry of the Interior and Safety’s public data open projects.

The city government plans to provide real-time traffic information for 3,660 crossroads on all roads with more than four lanes by 2024.