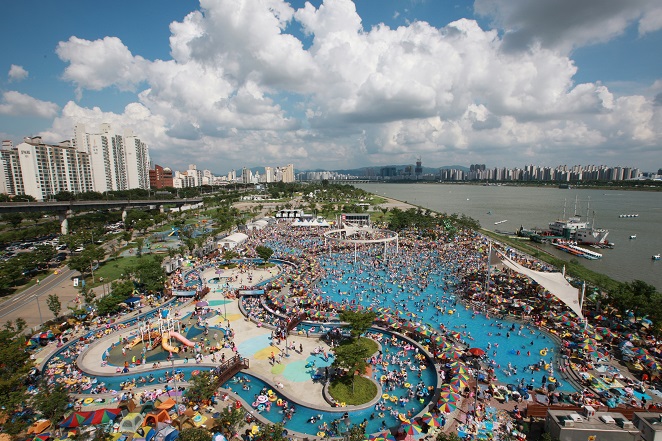 This undated photo, provided by the Seoul Metropolitan Government, shows an outdoor swimming pool by the Han River.

SEOUL, June 15 (Korea Bizwire) — Outdoor public swimming pools and water sports facilities by the Han River in Seoul will reopen later this month after more than two years of closure due to the pandemic, city government officials said Wednesday.

The Seoul Metropolitan Government said four swimming pools and two facility zones by the river will be open from June 24 until Aug. 21.

The city government has closed the facilities since 2020 due to the rise in infections in the capital. The facilities are usually open in the summer.