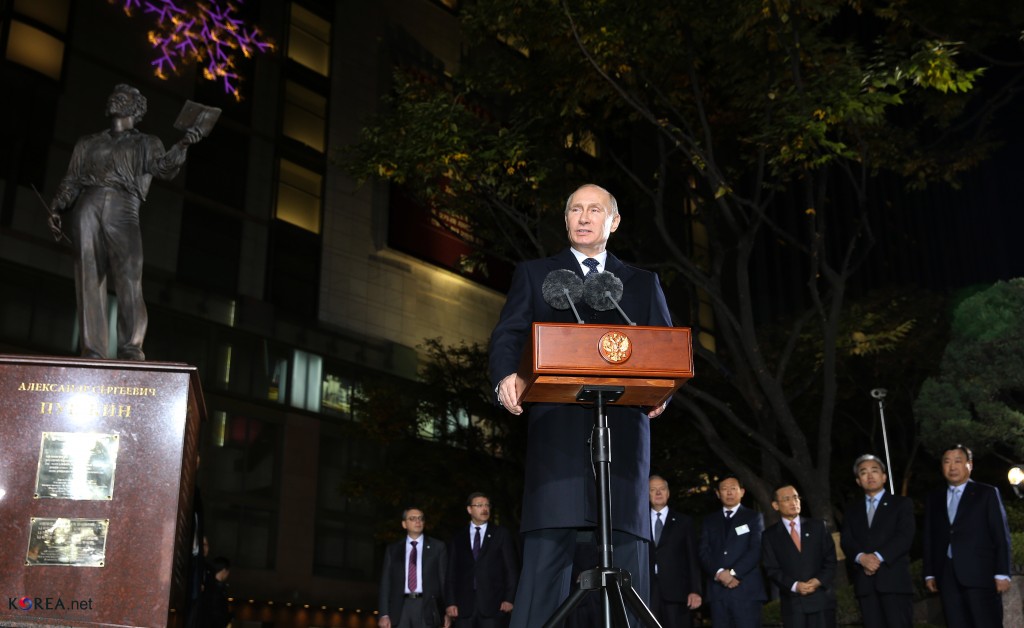 The monument was widely publicized in both countries when President Vladimir Putin, who happened to be visiting South Korea, gave a congratulatory speech during the unveiling ceremony on November 13, 2013. (image: Wikimedia)

SEOUL, June 7 (Korea Bizwire) – A monument of one of Russia’s most beloved poets, Alexander Sergeyevich Pushkin, was erected in front of Lotte Hotel Seoul in November 2013, an initiative of Korea-Russia Dialogue, a non-government group promoting binational exchanges.

The site was offered by Lotte, which had been running multiple businesses in Russia since 1990 after establishing business ties in 1988, sponsoring the Soviet national team during the Seoul Summer Olympics.

The monument was widely publicized in both countries when President Vladimir Putin, who happened to be visiting South Korea, gave a congratulatory speech during the unveiling ceremony on November 13. “The establishment of the Pushkin monument in downtown Seoul marks the beginning of the two countries’ joint efforts to improve Korea-Russia relations,” the Russian president said.

The monument has since become a must-visit attraction for Russian officials visiting South Korea. A Russian poetry reading event is also hosted at the site every June 6, on the birthday of Pushkin. 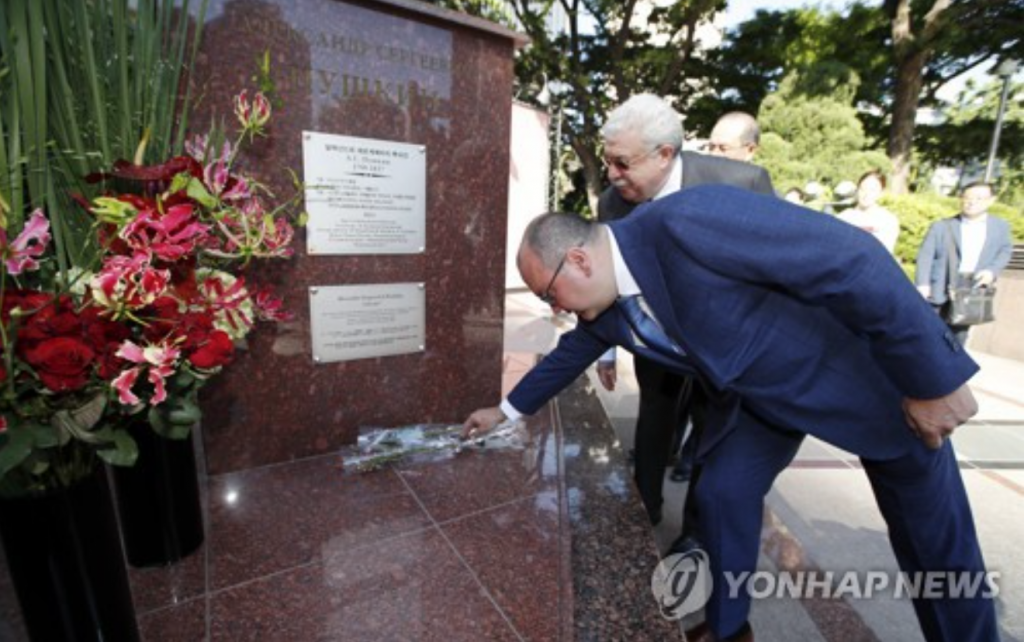 On Monday, Sergei Mikhaylov, the director general of Russia’s TASS news agency, paid a visit to the monument while on a trip to sign an agreement to join Yonhap News Agency’s content-sharing platform (PyeongChang News Service Network) for the 2018 PyeongChang Winter Olympics.

“Pushkin is a great poet, and his works are read by all Russian children,” he said. “Although we also have Pushkin monuments in Russia, this is the by far the most beautiful that I’ve seen.”