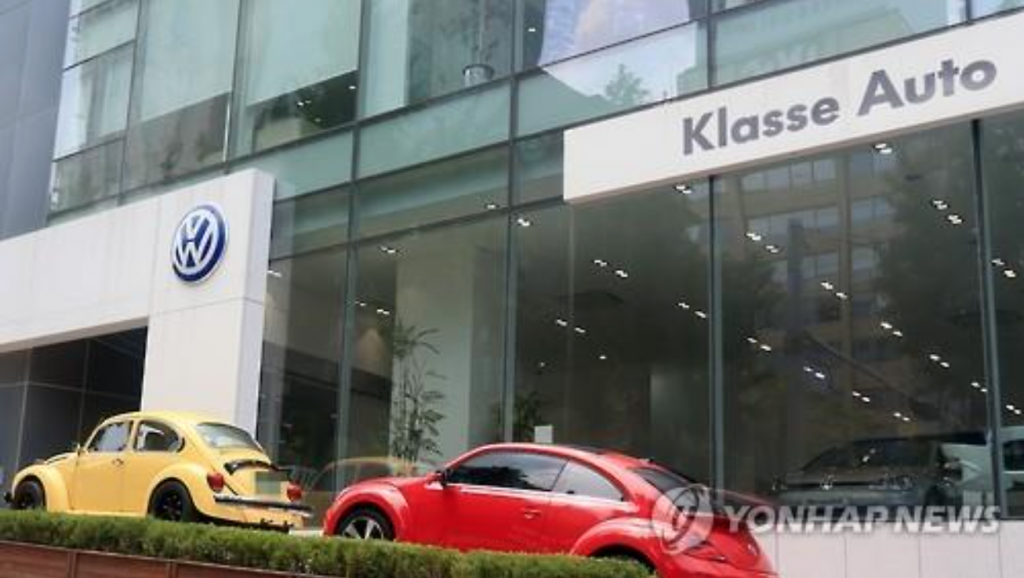 In a recent letter to local dealers, Audi Volkswagen Korea, the South Korean unit of the German carmaker, said it will stop delivering 79 models of 34 vehicle types starting next week.

The country’s environment ministry earlier said it might revoke its certification of the 79 vehicle models, based on the outcome of a prosecution investigation that suggested the German automaker may have obtained sales approval for the vehicles with faked documents on their noise level, fuel efficiency and emissions.

A Volkswagen Korea executive has already been indicted on various charges that include forgery and a violation of the Clean Air Conservation Act.

Volkswagen Korea was earlier expected to face the local government in a standoff after it said it will consider all available measures, including legal actions.

The carmaker will still require sales approval from the very same government at the end of the day, market observers noted.

A public hearing, hosted by the environment ministry, on the Volkswagen emissions scandal will be held Monday.

The company has said it will attend the hearing and work to remove any misunderstanding should there be any.