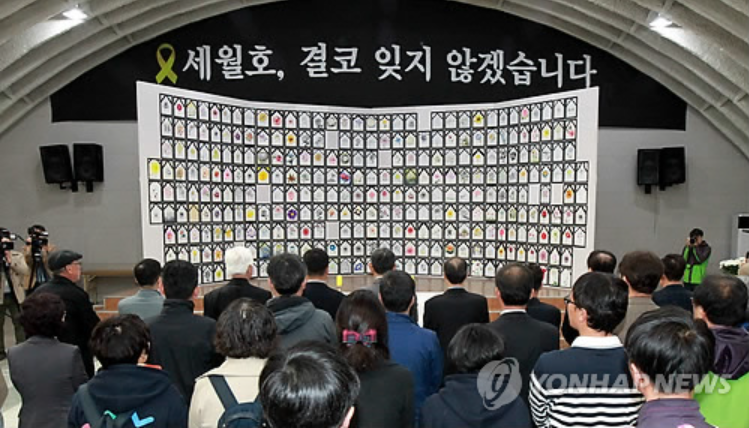 SEJONG, April 8 (Korea Bizwire) – South Korea is projected to spend more than 550 billion won(US$504 million) for a complete recovery from last year’s tragic sinking of a passenger ferry with the hoisting of the sunken ship alone expected to cost more than 120 billion won, the government said Wednesday.

The government has already spent some 185.4 billion won since the ship, the Sewol, sank a year earlier on April 16, killing 304 people, mostly high school students on a school excursion to the southern resort island of Jeju.

The amount includes more than 111 billion won spent on search and rescue operations and 34.2 billion won in support for victims and their families, according to the Ministry of Oceans and Fisheries.

An additional 140 billion won has already been earmarked for compensation to the victims and their family members under a government plan announced last week, with another 110 billion won to be paid to the residents and fishermen in areas close to the accident site who had been kept away from their daily jobs due to months of search and rescue operations that ended in November, the ministry said.

Such estimates come amid an ongoing review by the government to decide whether to physically recover the ship.

The ministry said it will have to spend at least another 120 billion won in taxpayers’ money should the country decide to salvage the sunken ship.

The families of the victims have strongly demanded the recovery of the ship to examine the exact cause of the accident, but also as the ship may still hold the bodies of the nine people who remain missing from the accident.

Many experts and ministry officials have said it may simply be impossible to salvage the ship, which could easily weigh more than 10,000 tons.

Maritime Minister Yoo Ki-june, who came into office last month, has said a public consensus should play an important role in deciding whether the country will still try.