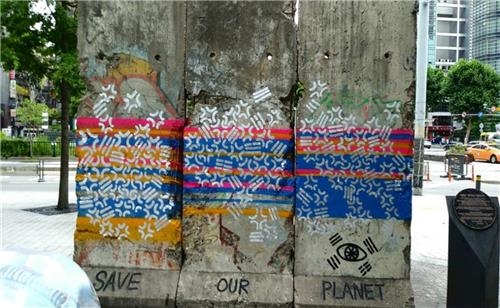 SEOUL, Oct. 15 (Korea Bizwire) — The Seoul Metropolitan Government decided on Sunday to sue the graffiti artist responsible for tagging a section of the Berlin Wall that is placed near Cheonggyecheon Stream.

The city of Berlin donated the section of wall to Seoul in 2005 as a symbol of peaceful unification of the Korean peninsula. The wall was originally constructed in Marzahn park in Berlin to divide Germany, until it was taken down in 1989 when Germany was reunified.

Jung Tae-yong, a graffiti artist, painted on the wall last June and posted a photo on social media.

Seoul expects to spend 10 million won to restore the wall by November. 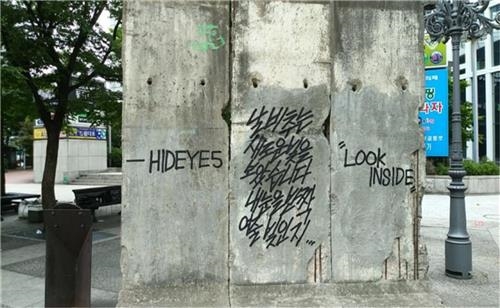 Choi Yun-jong, chief of the Green Seoul Bureau at the Seoul Metropolitan Government, said that the graffiti was clearly a criminal act, and the one responsible “should be strongly punished.”