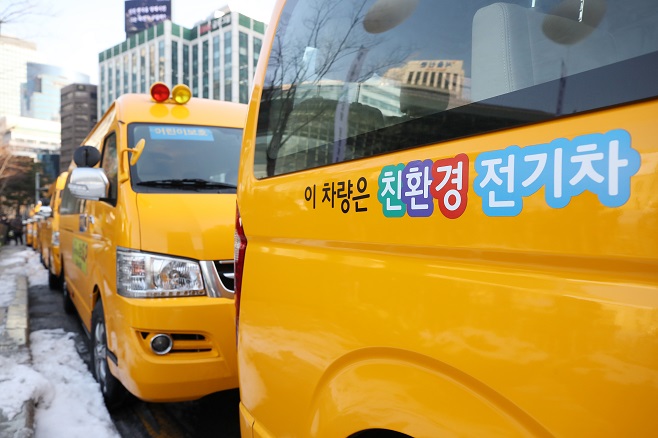 SEOUL, Feb. 14 (Korea Bizwire) — The Seoul city government said Monday it will pay subsidies to buyers of about 14,200 electric vehicles during the first half, as part of its bid to support the purchase of 27,000 electric vehicles for the whole year.

The Seoul government had supplied 52,400 electric vehicles for 13 years from 2009 to last year to reduce fine dust and greenhouse gases, and the cumulative number is expected to exceed 80,000 units by the end of this year.

To that end, the supply of two-wheel electric vehicles, electric taxis and children’s commuting vehicles will be increased by 1.4 times, 4.8 times and 2.5 times, respectively, this year, it said.

In addition, the city government plans to respond to demand for various electric vehicles by supplying 20 medium-sized electric buses on a trial basis to be used as shuttle buses for welfare and medical facilities and commuter buses for public institutions.

In the case of electric passenger cars, a maximum subsidy of 9 million won (US$7,520) will be paid, the government said, adding vehicles priced above 85 million won are excluded from subsidy support.

Electric trucks will be given subsidies ranging from 9 million won to 27 million won.

The Seoul government plans to receive applications for electric truck subsidies from Feb. 22 and electric passenger cars and buses from March 22, both through the environment ministry’s electric vehicle website.

As of the end of last year, 40,564 electric vehicles were registered in Seoul, marking a surge of 73.4 percent from a year earlier. By contrast, the number of diesel and LPG powered vehicles in the capital decreased 2.1 percent and 5.2 percent, respectively.