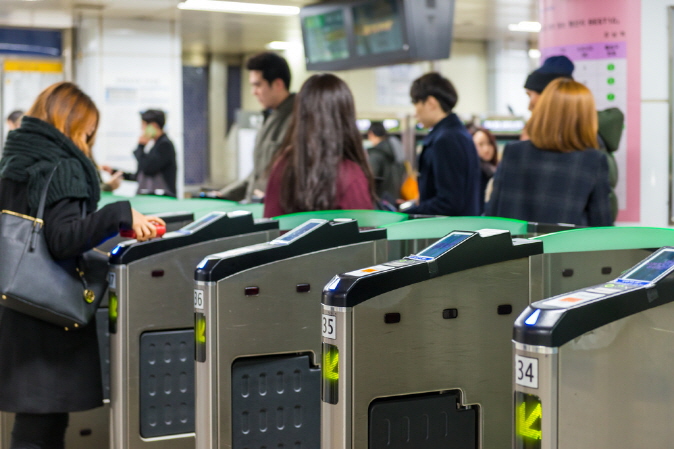 The most frequently used subway stations in the past year were Gangnam Station on Line 2, with an average of 95,885 people per day. (image: Korea Bizwire)

According to an analysis of the city’s data on public transportation traffic patterns last year, each person saved 530,000 won per year only calculating the transfer discount.

Meanwhile, citizens using public transportation such as buses and subways on average pay 1,103 won and transfer 1.3 times to travel 33.4 minutes, or 11.1 kilometers.

By means of transportation, subway passengers traveled the longest at 35.3 minutes, or 13.6 kilometers.

Out of the 25 autonomous districts in Seoul, buses, subways and taxis had the highest traffic, or utilization rate, in Gangnam District, which has the largest de facto population.

The most frequently used subway stations in the past year were Gangnam Station on Line 2, with an average of 95,885 people per day.

The bus stop near Gangnam Station (towards Nonhyeon Station) also showed the highest usage at 9,147 people per day.

The city is analyzing transportation policies by utilizing about 77 billion traffic big data records, about 2.1 billion daily cases on average, through terminals attached to buses, subways, taxis and public bicycles.